A First Look at the Costume Institute’s “In America: An Anthology of Fashion”

Vogue: The Met Gala 2022 theme is “In America: An Anthology of Fashion.” Based on a two-part exhibit from the Costume Institute at the Metropolitan Museum of Art, this second installation by Andrew Bolton, the Wendy Yu Curator in Charge of the Costume Institute, centers on the tenets of American style and prizes the anonymous and unsung heroes of US design.

Since the opening of part one, “In America: A Lexicon of Fashion,” in September 2021, visitors have taken to writing the museum with new ideas of words to add to the lexicon. “They’re really engaging with the concept for the exhibition, which is this sort of new language for American fashion. That’s been really exciting,” says Bolton, and the second part, “In America: An Anthology of Fashion,” has the potential to draw even more feedback from visitors.

Presented across 13 of the American period rooms in the museum, the exhibition “provides a historical context for Lexicon, in a way,” says Bolton. Whereas “Lexicon” offers an expansive look, “Anthology” gets specific, delving into the usually overlooked backbone of American style. “The stories really reflect the evolution of American style, but they also explore the work of individual tailors, dress-makers, and designers,” says Bolton. “What’s exciting for me is that some of the names will be very familiar to students of fashion like Charles James, Halston, and Oscar de la Renta, but a lot of the other names really have been forgotten, overlooked or relegated into the footnotes of fashion history. So one of the main intentions of the exhibition is to spotlight the talents and contributions of these individuals, and many of them are women.”

The full list of names affirms Bolton’s hunch, with some you know and some you certainly do not: Bill Blass, Marguery Bolhagen, Brooks Brothers, Stephen Burrows, Fannie Criss Payne, Josephine H. Egan, Franziska Noll Gross, Anne Klein, Lloyd “Kiva” New… Six additional “case studies” as Bolton calls them, mostly by anonymous makers, will be presented as a way to inspire a deeper connection with artistry and craft via a single object.

The designers included largely came from “research that we’ve been doing in our own collection archives,” says Bolton. “We’ve been exploring untold stories and focusing on designers who have been almost written out of fashion history because they weren’t commercially successful or they had a short career span, but at the time had a big impact on American fashion.”

Helping bring the exhibition to life are eight directors, who will create vignettes to accompany each period room’s theme. Janicza Bravo will take on the Rococo Revival Parlor and Gothic Revival Library; Sofia Coppola is paired with the McKim, Mead and White Stair Hall, and Worsham-Rockefeller Dressing Room; Julie Dash will be in the Greek Revival Parlor and Renaissance Revival Room; Tom Ford is in the gallery showcasing John Vanderlyn’s panoramic 1819 mural of Versailles that will touch on fashion’s own Battle of Versailles; Regina King will design the vignette in the 19th-century parlor from Richmond, Virginia; Martin Scorsese is coupled with a 20th-century living room designed by Frank Lloyd Wright; Autumn de Wilde is with the Baltimore and Benkard Rooms; and Chloé Zhao will create a work based on a Shaker Retiring Room from the 1830s. “Working with the film directors and seeing what they do with our narrative is very exciting,” says Bolton. “I feel like an executive producer, or a script supervisor. Maybe a costume designer.

“Creating cinematic displays inside the Greek Revival Parlor and the Renaissance Revival Room for the exhibition is a challenge and an excellent opportunity to work with Andrew Bolton and the Met curators as we dive headfirst down into strange and wonderfully intimate conversations with the fashion icons Mdm. Eta Hentz and Ann Lowe,” says Julie Dash of her vignette for the exhibition.

The in situ installations and inclusion of the short films is just the latest in Bolton’s reimagining of what a fashion exhibition can look like. “I’ve been thinking about this for a while: How do we shift the paradigm of fashion exhibitions? I think we’ve been very successful working on blockbuster shows in the past. It’s a paradigm that has been adopted by a lot of museums and I’ve been thinking about how we can shift the paradigm,” says the curator. “Among the things I’ve been really, really focusing my energy on are these stories [for “Anthology”], but also I am very much object-based now.” 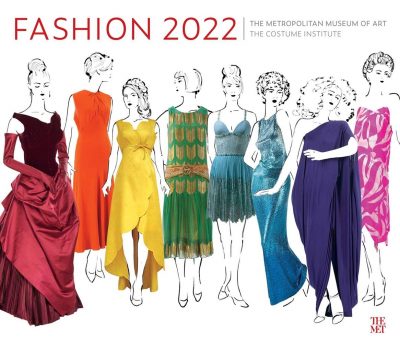 What does object-based really mean? Since working on this curation, Bolton says he has become obsessed with the idea of the anonymous designer. For decades, anonymous works—those without a specific person accredited, common in the early fashion boom of the 19th century—were less valued by collectors and museums than a garment with a label. “What I’m really interested in is doing these really deep dives and forensic analyses of objects so that we can create a sort of creative profile, even though we’ll never find who the person was.”

Take Eli Russell Linnetz’s quilted blanket worn by A$AP Rocky to the Met Gala. A quilt found in a vintage store and relined by Linnetz became a pop cultural phenomenon when the rapper wore it up the red carpet with Rihanna. The original was made by Mary Ann Beshers (1918-1999). Her great granddaughter, Sarah, recognized the quilt and identified it; months later, Linnetz took a portrait of the family with their famous heirloom. Hundreds of other dressmakers and seamstresses will never be as lucky as Beshers—but with this show, Bolton hopes to retrain eyes and minds to consider the sources of all our garments.

Linnetz’s quilt will also have a starring role in “Lexicon.” By mid-March, Bolton and his team will have refreshed the exhibit with 70 new pieces from over 30 new designers not represented in the original show. Hanifa, Grace Ling, Batsheva, LaQuan Smith, CDLM, Lorod, Barragán, and many more will be added to “Lexicon.” “Anthology” will open on May 7 and the two shows will stay open until September 5.

See all the Met Gala themes over the years, and the every red carpet look from the 2021 event.