Everything You Need To Know About Susanne Bartsch’s New Weekly Friday Night Party! 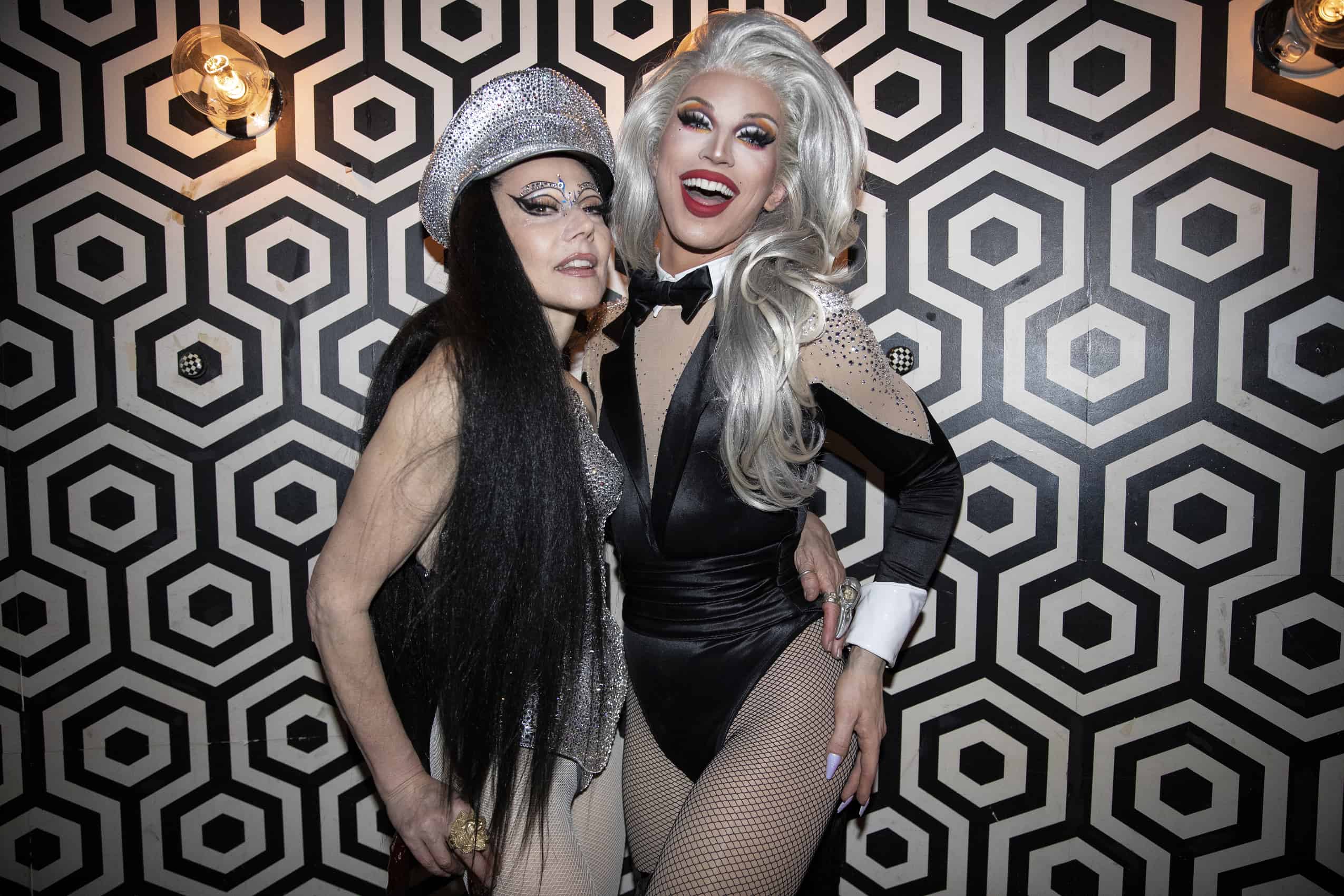 FashionWeekDaily: New York nightlife is back—and so is Susanne Bartsch. The legendary nightlife figure and event producer returned last week with the launch night of her splashy new weekly party, NEW YORK, NEW YORK, at the SONY Hall. Performers included Amanda Lepore and Aquaria, and there were plenty of drag queens, glitter, feathers, and metallic balloons for all. Ahead of her big night, we talked to Bartsch about returning to the nightlife crowd, her life in quarantine, and why partying IRL is better than Zoom.

You’re officially back on the New York nightlife scene this summer! How does it feel?
I’m excited. It’s going to be very cool to be live with people for the first time since March 6. [It’s] such a relief. It’s like a 100-degree turnaround from nothing. I mean, we’re going from doing nothing overnight, and seeing nobody, to now having so many things going on. Not just nightlife, but a bunch of event-related stuff. Oh my gosh, I have to get used to it! I’m really, really grateful that I’m able to get back in. We have regulations and rules that we have to follow. It’s challenging, the sit-down thing, and managing everything. It’s definitely an extra toll. COVID has not gone away yet!

What was the inspiration behind your new party, NEW YORK, NEW YORK?
I just love that name, because it just felt celebratory. New York is the city that never sleeps, and it’s obviously been forced to close off. We were forced to go “Sleeping Beauty,” and this is the wake-up call that we’re coming back. All these different communities, the house communities, the Brooklyn communities, the club kids, the old schoolers, bringing everybody together to get that sense of community. I love doing shows. Whenever I had club nights, I would have a pop-up show—some queen doing something or some kind of entertainment. Three years ago, I finally said, ‘Let me make a show,’ which was called Bartschland Follies, at the McKittrick. I also did it in Miami, at the El Tucán, and it was very successful. Then COVID hit. Now, you have a space that can hold lot of people, and you do the minimum that’s allowed with COVID regulations, and we can actually make it work and we can pay the performers. The idea behind the show is to celebrate New York. Most everybody I’m working with has been vaccinated. I’m starting to see the light at the end of the tunnel, I’m feeling the light shining on me now—and it’s very exciting. 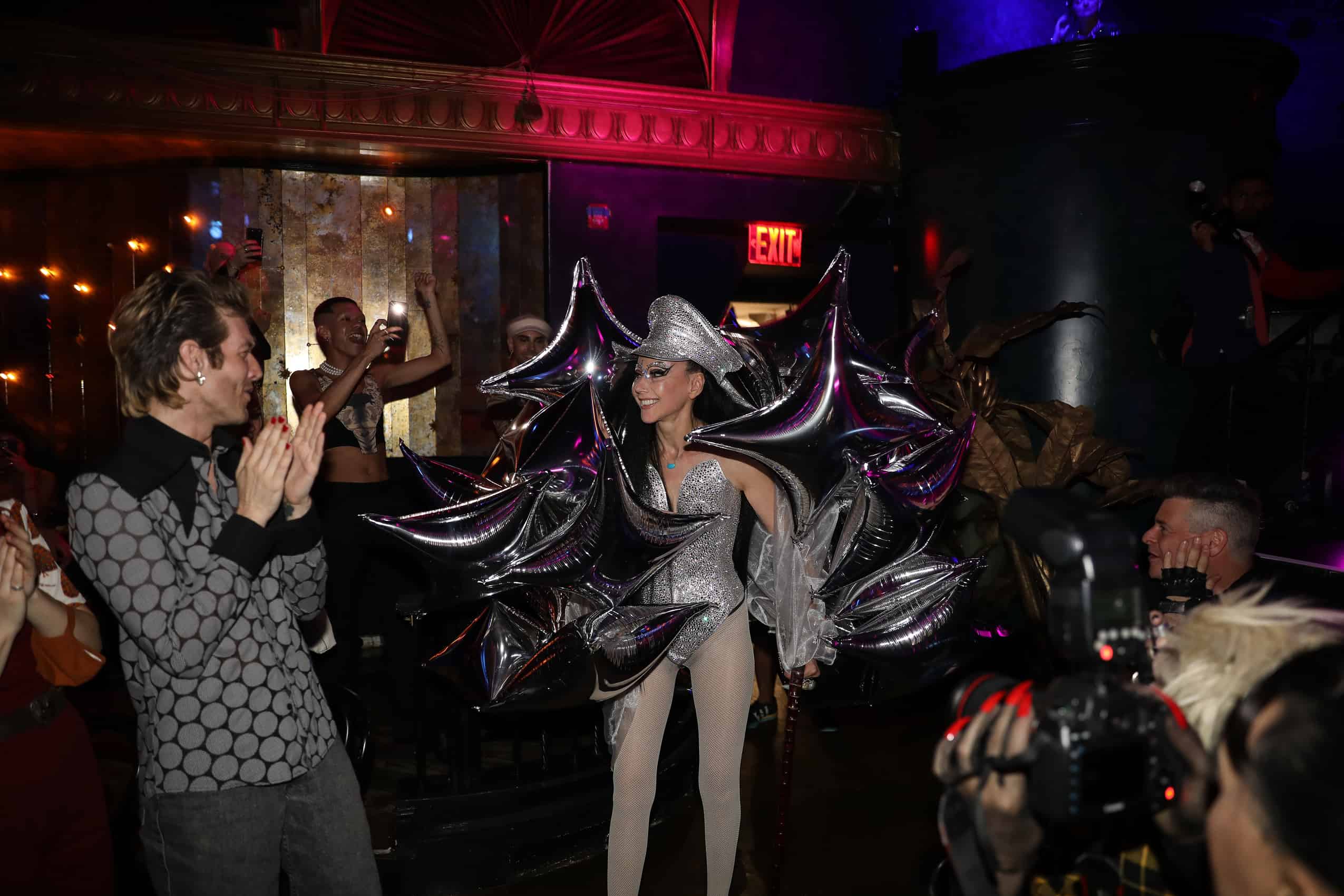 You have a ton of talent performing—from Amanda Lepore to Amber Valentine! How did you come up with such a major lineup?
It is a show that I have been doing beforehand. There’s new acts in it, but the show changes every week, always—you never know what’s going to happen! It’s very not planned out. While I’m doing events and trying to bring things back now, I’m also wanting to support my community. Amanda’s been part of my team for many years—I think I’m the first person who hired her, actually! I just bring people into my events now who also help support them. It’s almost a natural thing. I respect them, I like their art, and I like things that are unexpected. I like things that are not predictable.

How do you hope people will respond to NEW YORK, NEW YORK?
I have goosebumps, because people are just so excited! And you can’t buy that. You can buy things, you can pay people to go somewhere, but that excitement and the energy, you cannot buy that. It’s a labor of love. There’s so many people involved with this. Without that, I wouldn’t be able to do anything. What you see onstage doesn’t happen unless there’s a massive behind the scenes thing. The energy that I’m feeling right now, from the people excited, planning looks, and [who] can’t wait to just be together for the first time in a socially distanced space…it’s exciting. The end goal is to support my community, to help people get back out there, and to unite people and have people come and see something and forget about their troubles and the humdrums of the day. I give them something to see, a feast for the eyes, and just stimulation, and song, and have a laugh, and flirt, and carry on. 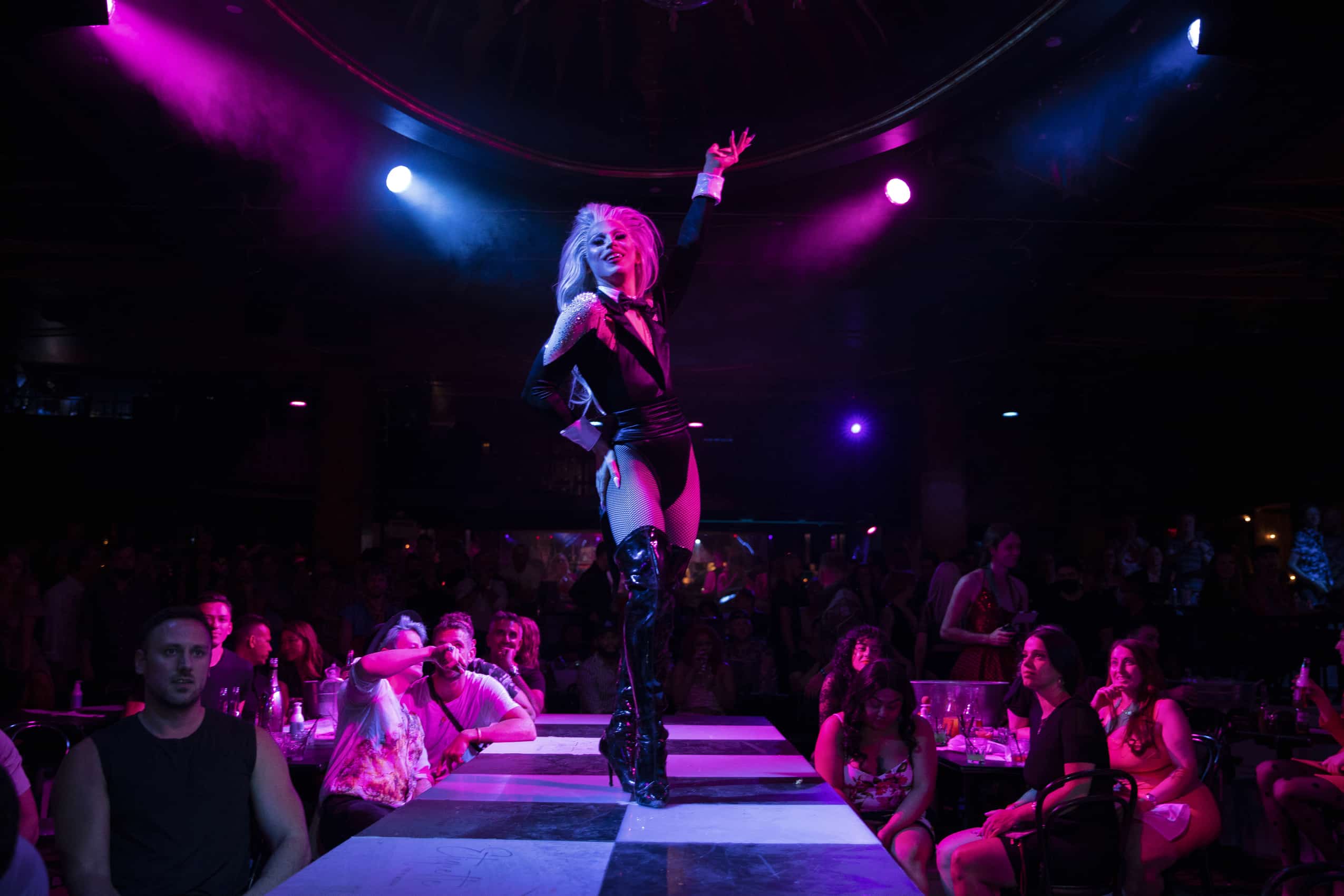 You’re also hosting a Summer Camp Pride weekend at Nemacolin in June! Fill us in!
Because the vaccination is working…it’s been a magical thing. I can call up my people, the people I like to work with—Amber, Amanda—and say, ‘Hey, do you want to go on a road trip? I’m renting a bus to go there.’ It’s just fabulous. I love the people who have the place, Nemacolin, and celebrate Pride because they’re close to Pittsburgh, and Pittsburgh doesn’t have Pride anymore. They were telling me they want to bring some kind of a celebration for Pride. It’s going to be two nights, Friday and Saturday, and a dinner, and it’s going to be special.

What was your quarantine experience like?
Well, it was a nightmare, I have to tell you. First of all, my business was quadrupling last year, and then it went from that to nothing. I lost a lot of business. That was depressing. And, in a way, the one part about this COVID, being locked up here, it was lonely. I mean, I have good friends, and it was lonely. The Zoom parties were a fun part, because I felt like I was beginning to help my community. I learned that the first Zoom party was a real challenge, because I’m very animated, I like to talk to people, move things, and I couldn’t say a word. I talk to myself and nobody could hear me, and I couldn’t get used to it. Then David, who’s helping me, figured out how I could talk to the people. And we managed to have 800 people on there, the second one, and we were able to say, ‘Everybody shake their booty,’ and they literally all shook their booties. I was able to talk to them. We raised a lot of money for Black Lives Matter and I did the prom for Ali Forney Center. There were some really fun things. Challenging, but really fun and special. And I was able to pay people from home and help support the community.

What did you learn?
In hindsight, I think if I didn’t have the Zoom parties, I would have lost my mind. I really learned about how important people are for me. Bringing together the people and serving the community is very important to me. That’s it, I need that. It’s like a lifeline to me. I know I can’t live without [live events]. I used to think I can, but I love performance, people having a good time, it’s very rewarding. It’s like a drug. I don’t do drugs and I barely drink, but the drug for me is the people! It’s a good drug to have and be hooked on.

You’re also still dressing up in your signature avant-garde outfits—despite everyone wearing sweatpants! Did your relationship with fashion change at all during the pandemic?

I think everyone was top-heavy because on Zoom you didn’t have to worry about what was on the bottom. I mean, I didn’t wear heels once in the whole thing. Fashion became top-half only! How did fashion change? It stopped, really, didn’t it?Some people made outfits out of nothing from home because they couldn’t go shopping, or couldn’t get something shipped fast enough. You have to be more creative than ever, when it came to fashion or to looks. Even now, if you want to buy something, it’s sold out, it’s out of stock. You have to become more creative.

What are you looking forward to most as New York reopens—and NEW YORK, NEW YORK begins?

Again, back to the feeling of having the people united, to get together, helping somebody else. Just being together in one room, life. Being alive, being together, and sharing. Life. The life. Living life! And dancing, hello! For me, dancing is like a meditation. When people are dancing, they’re in the moment. It’s almost a spiritual experience. They put the phones down, and they go with the beat, and they don’t know what to say, but they have that beat in common, and that’s a beautiful experience. I can’t wait for that.

Below, check out more of the opening night’s best moments snapped by fashion photographer Vincenzo Dimino. 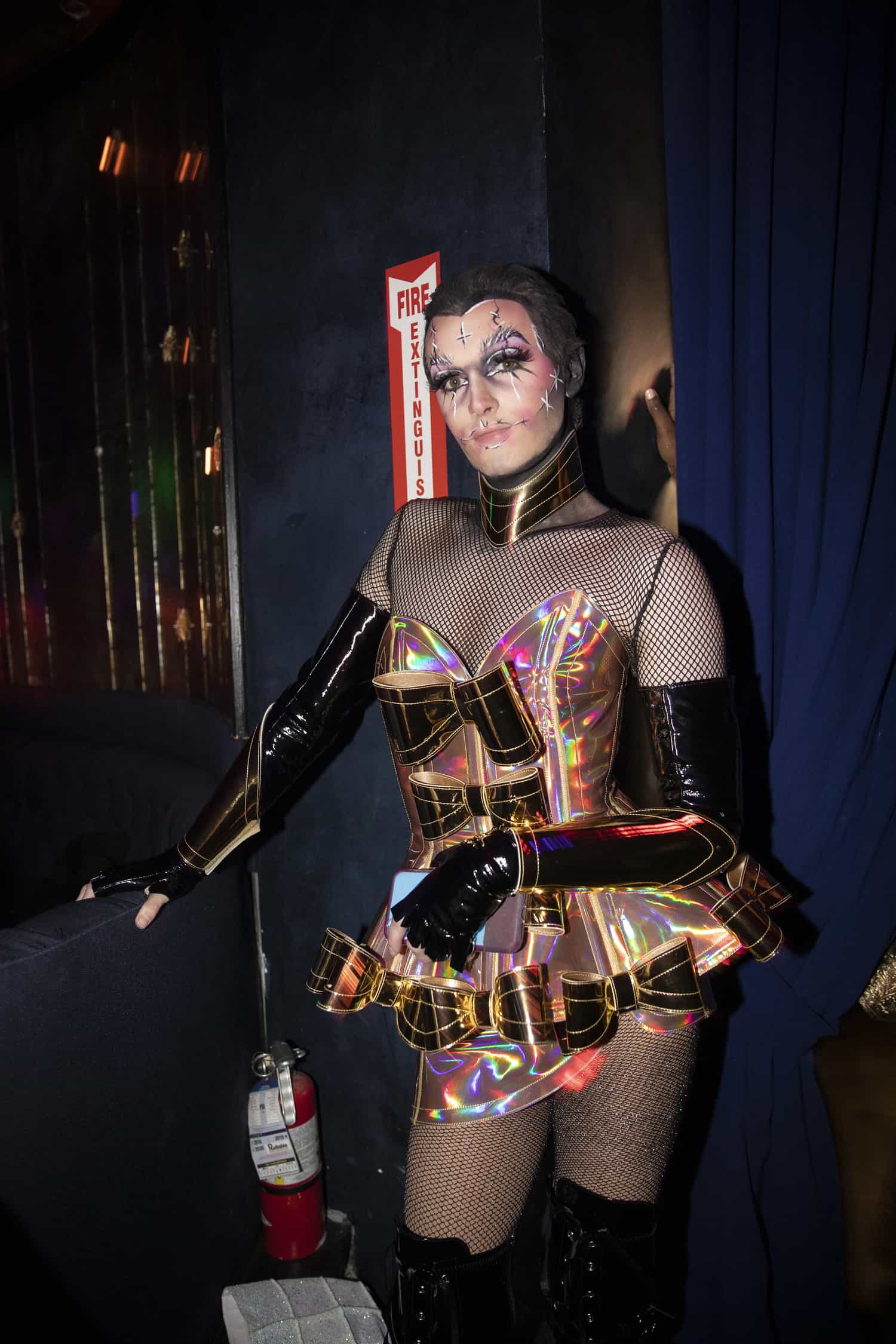 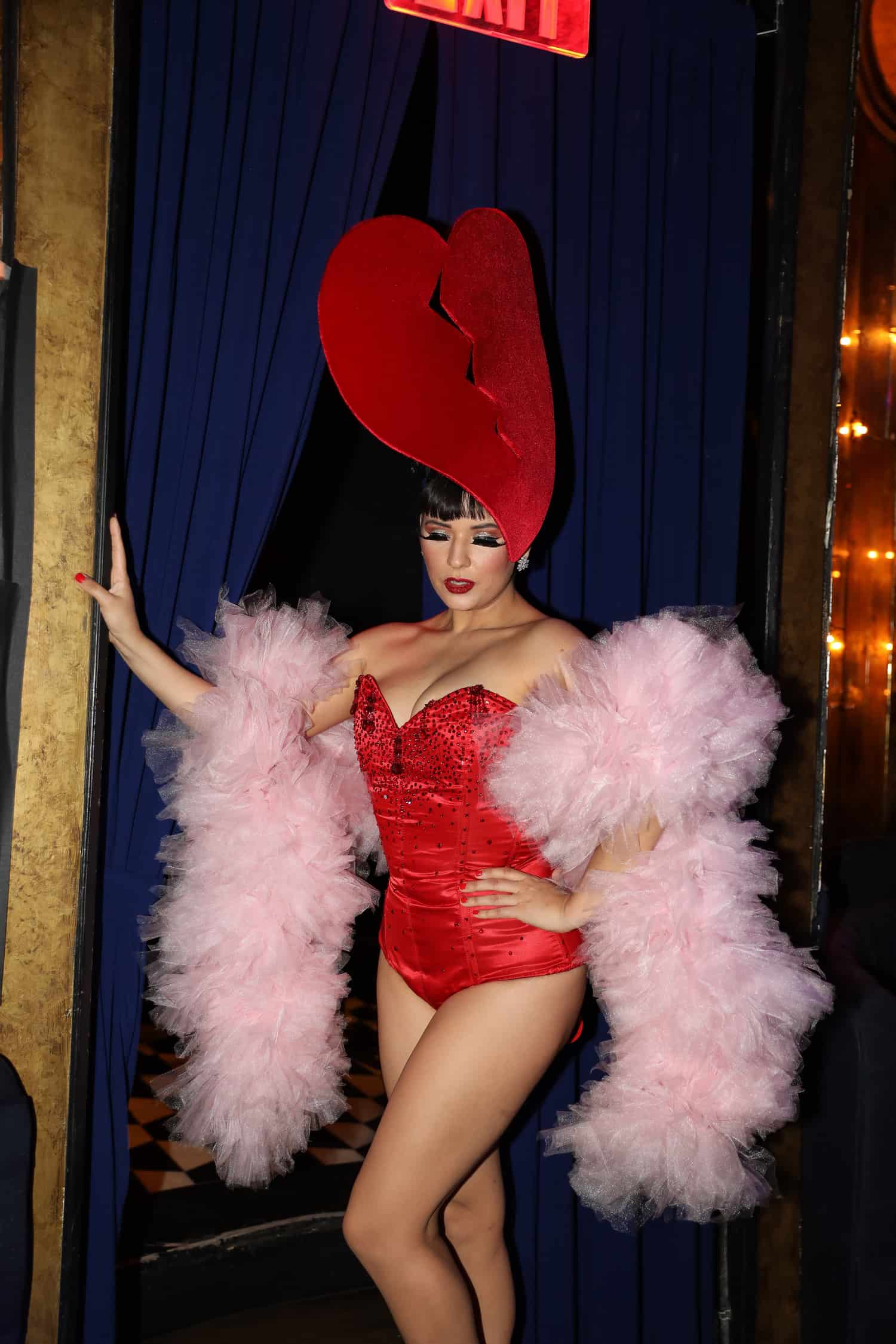 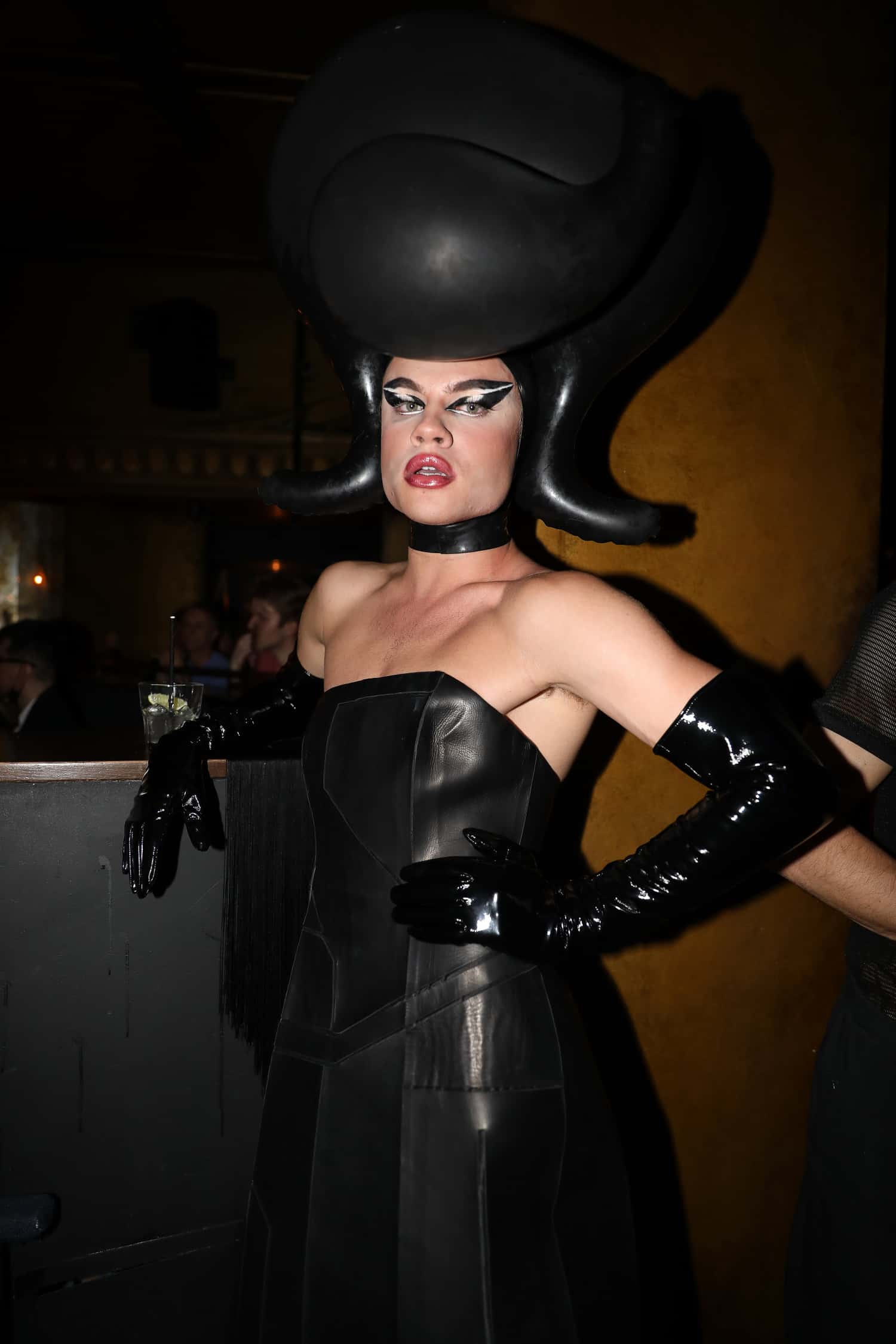 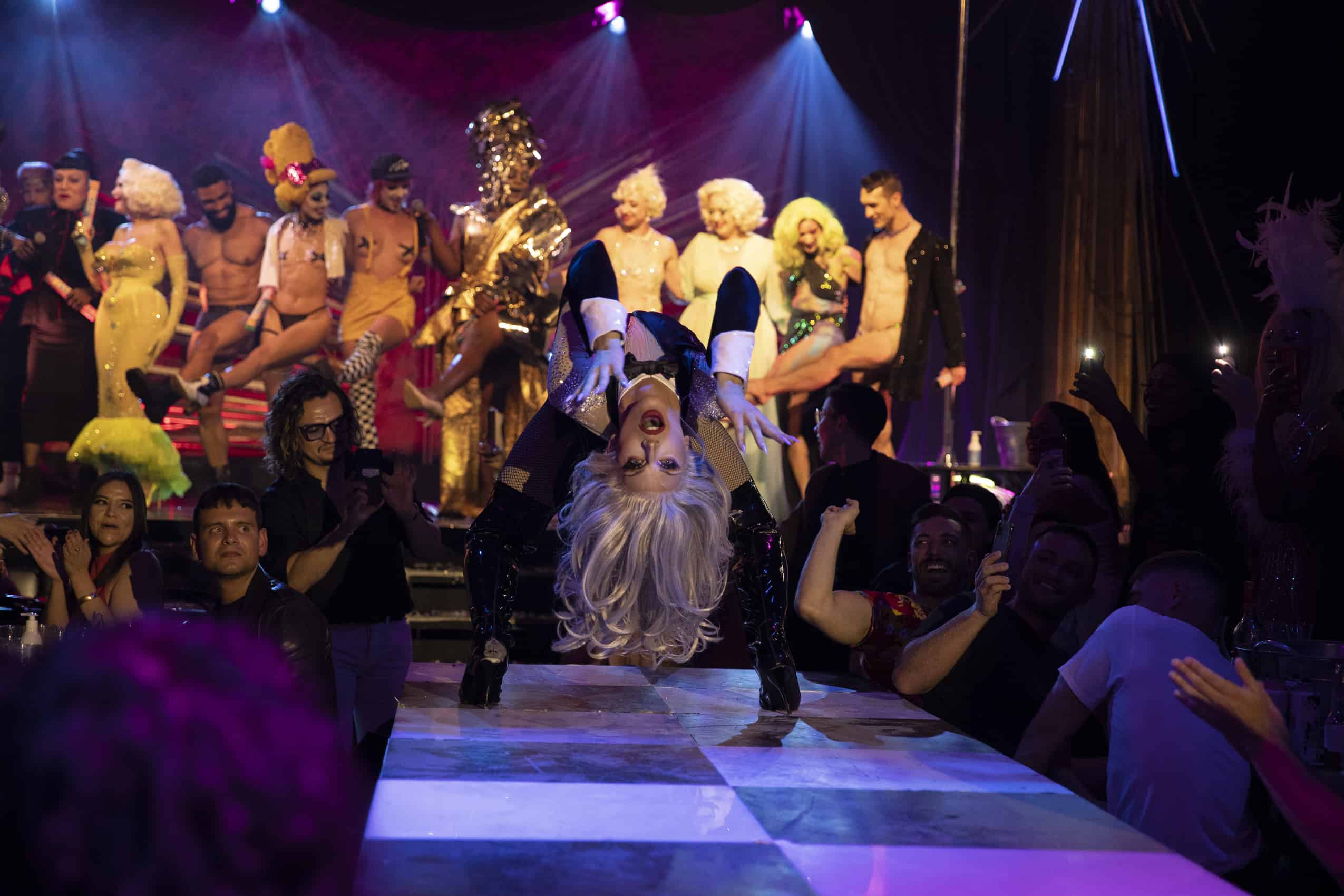 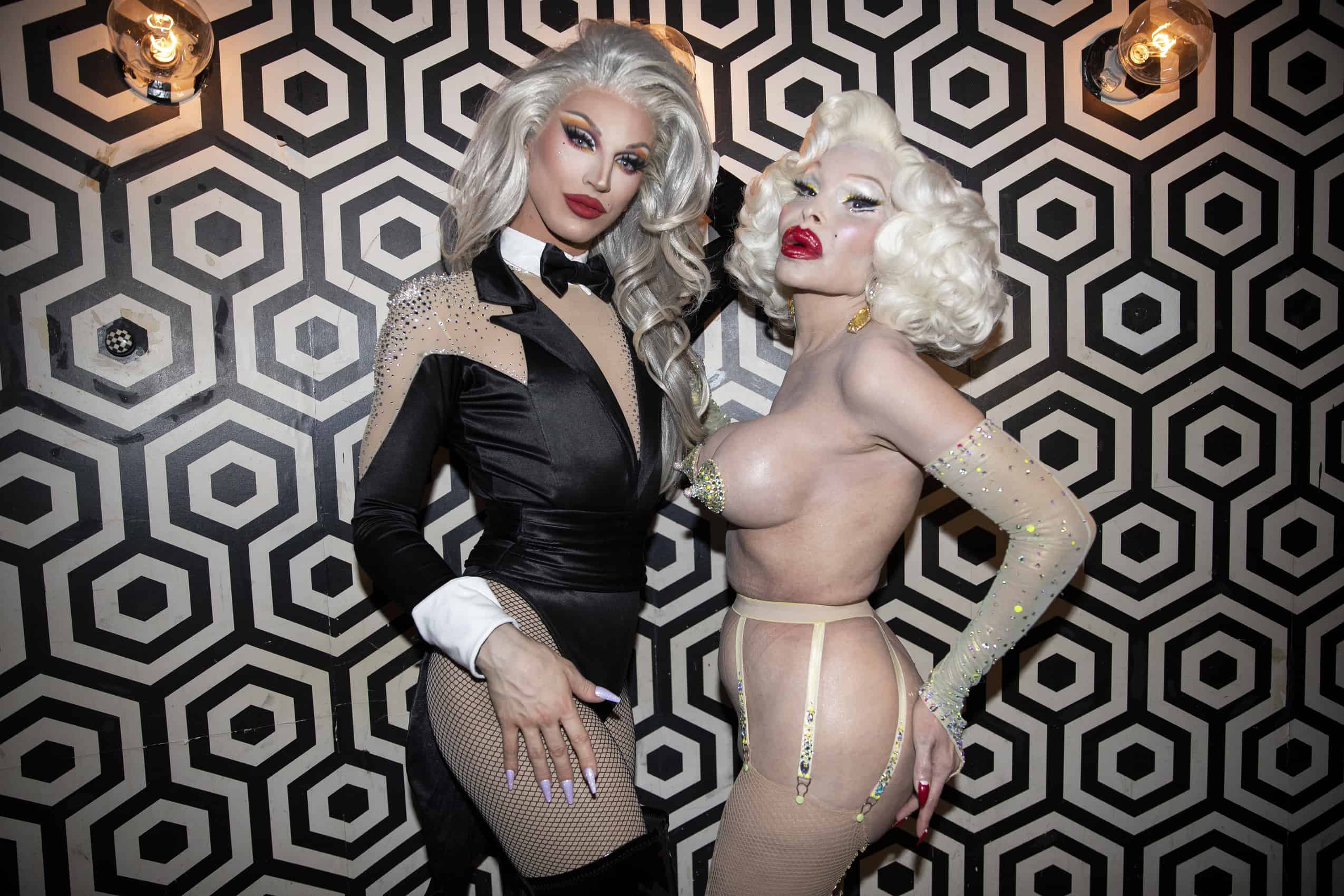 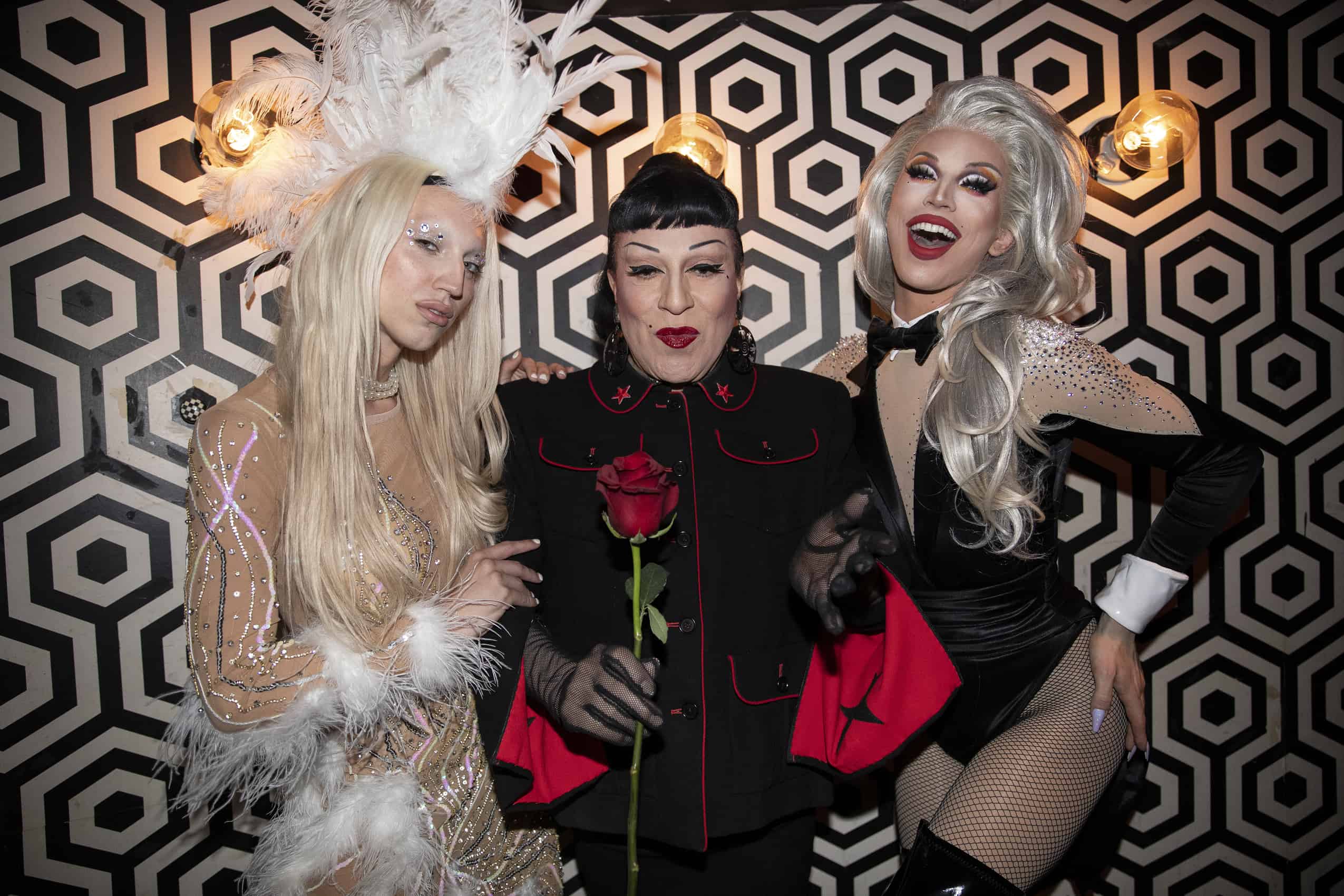 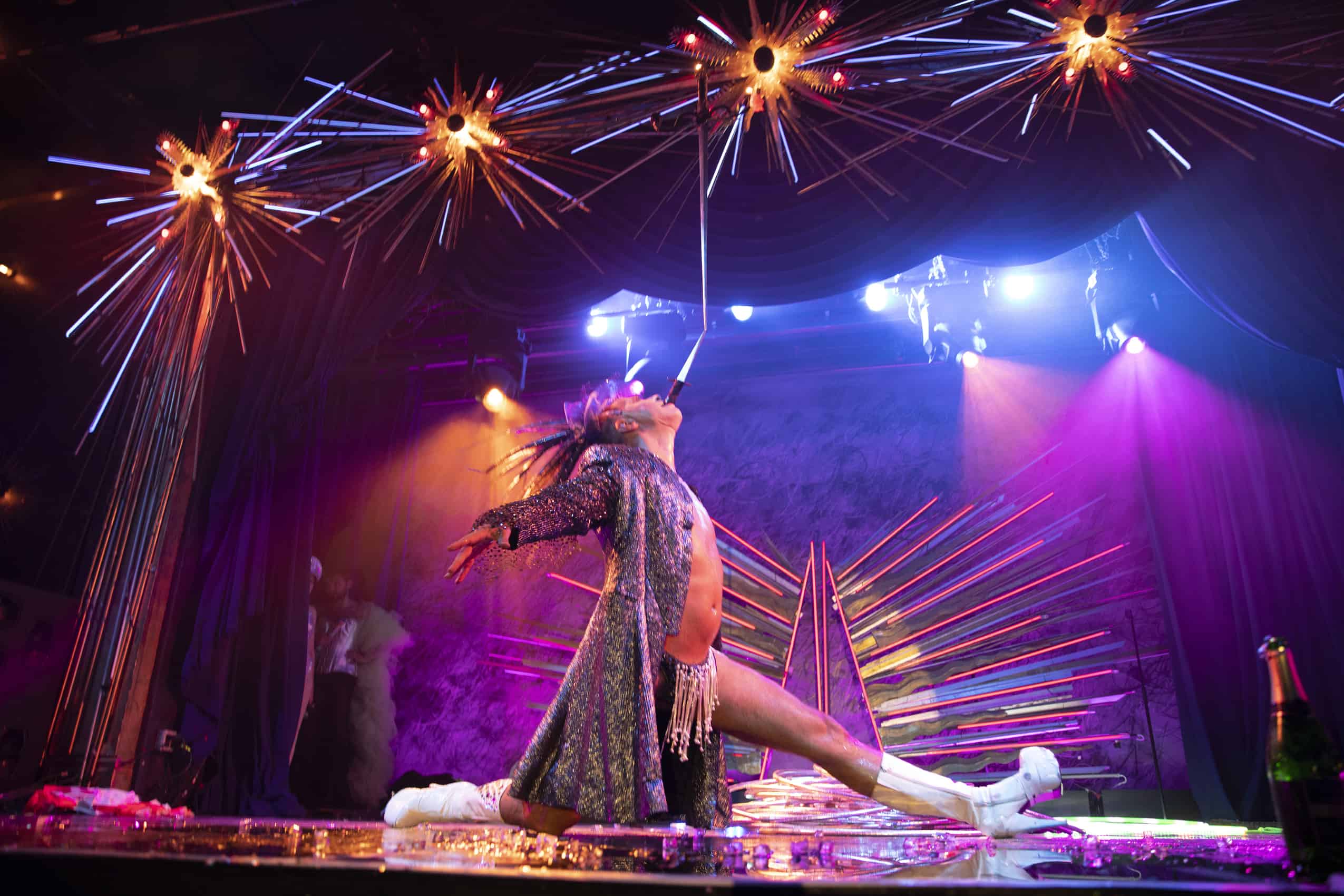 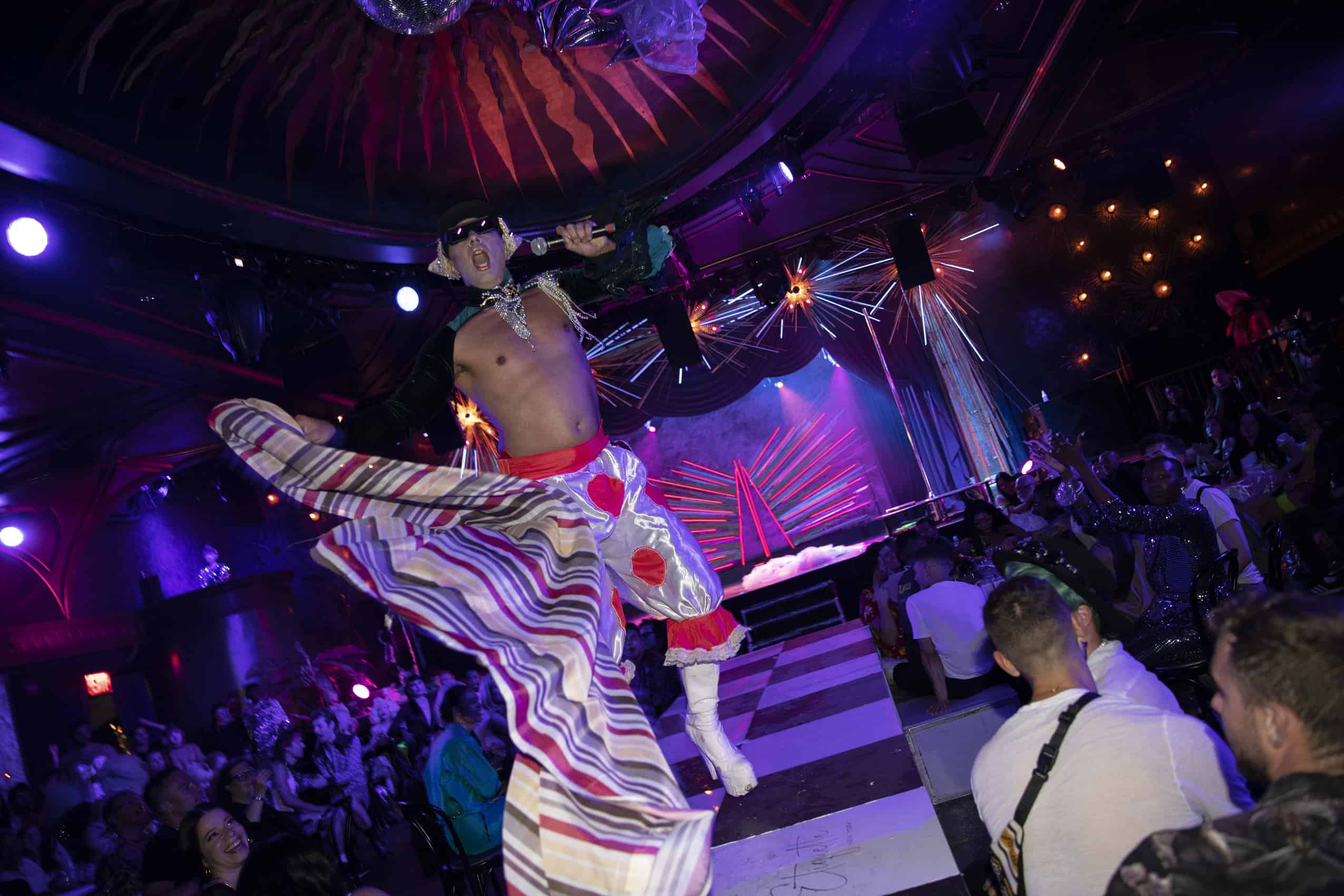 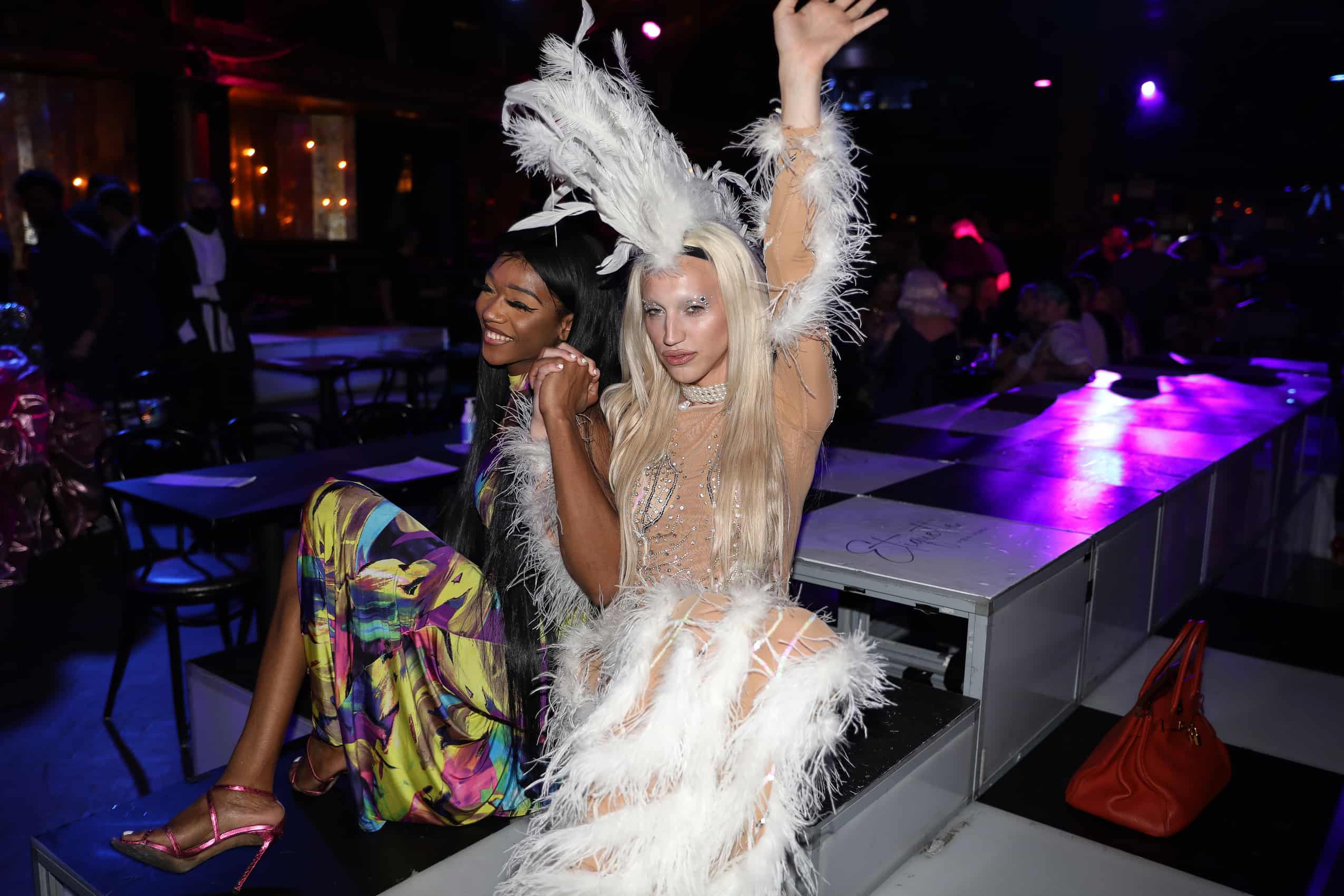 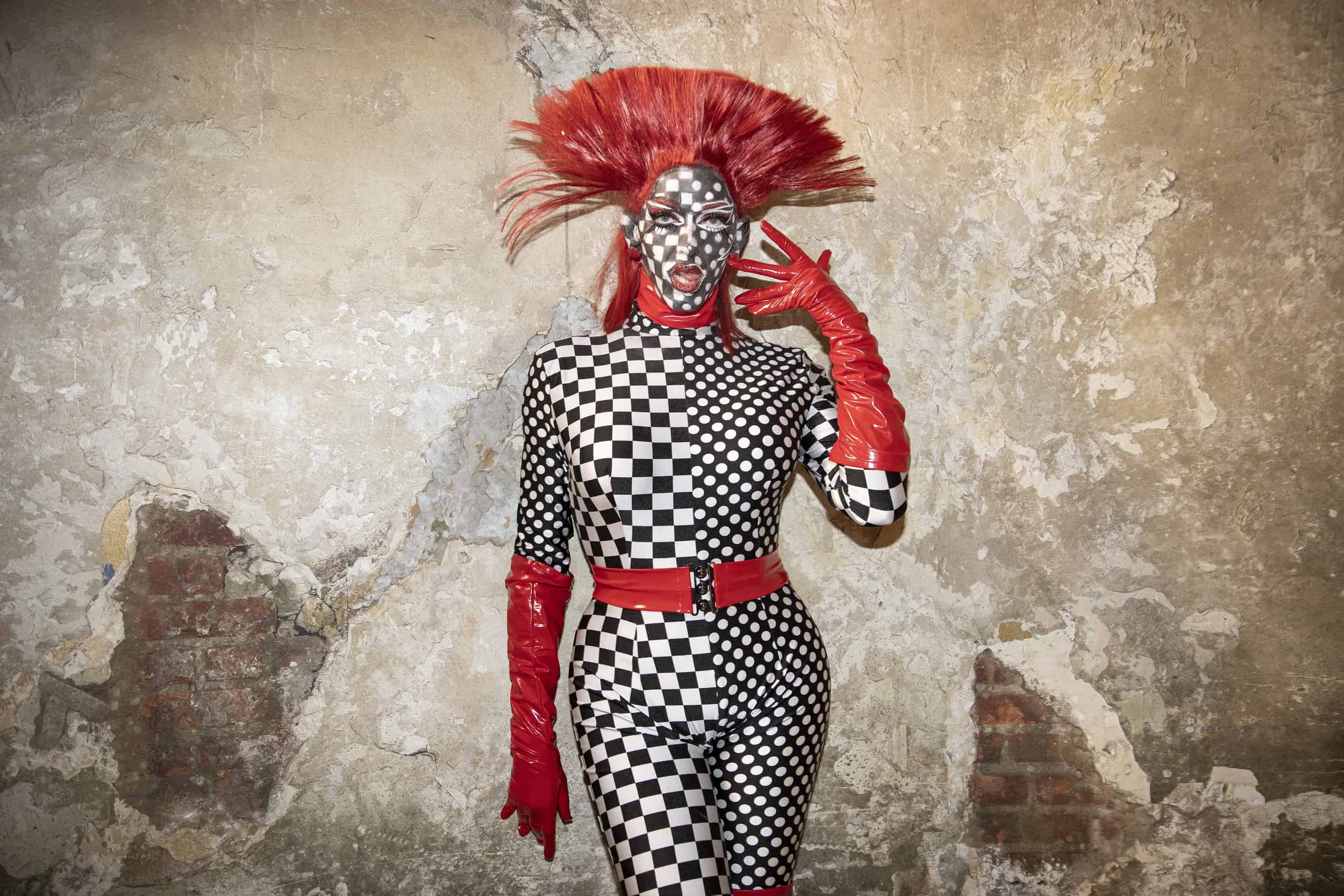 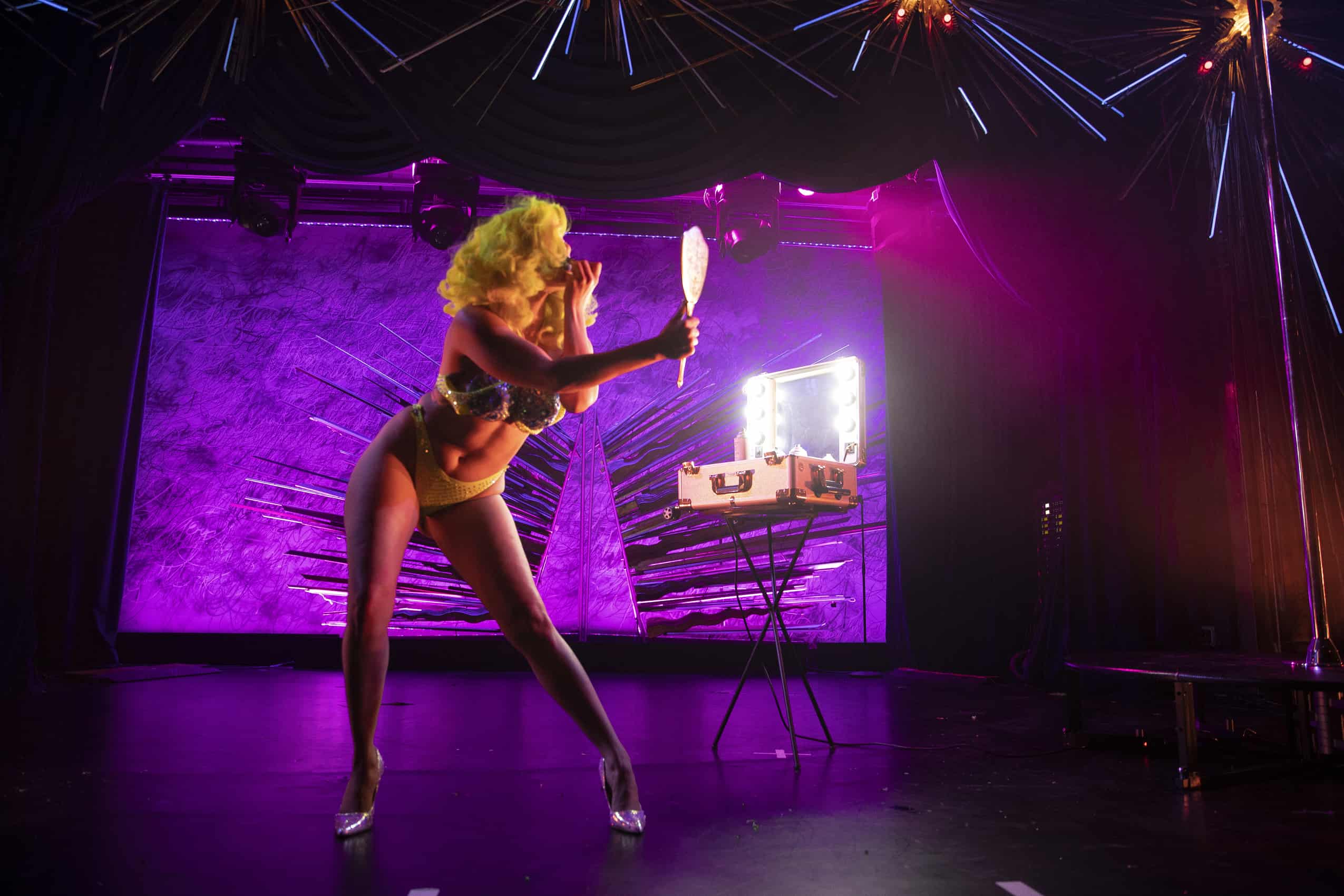 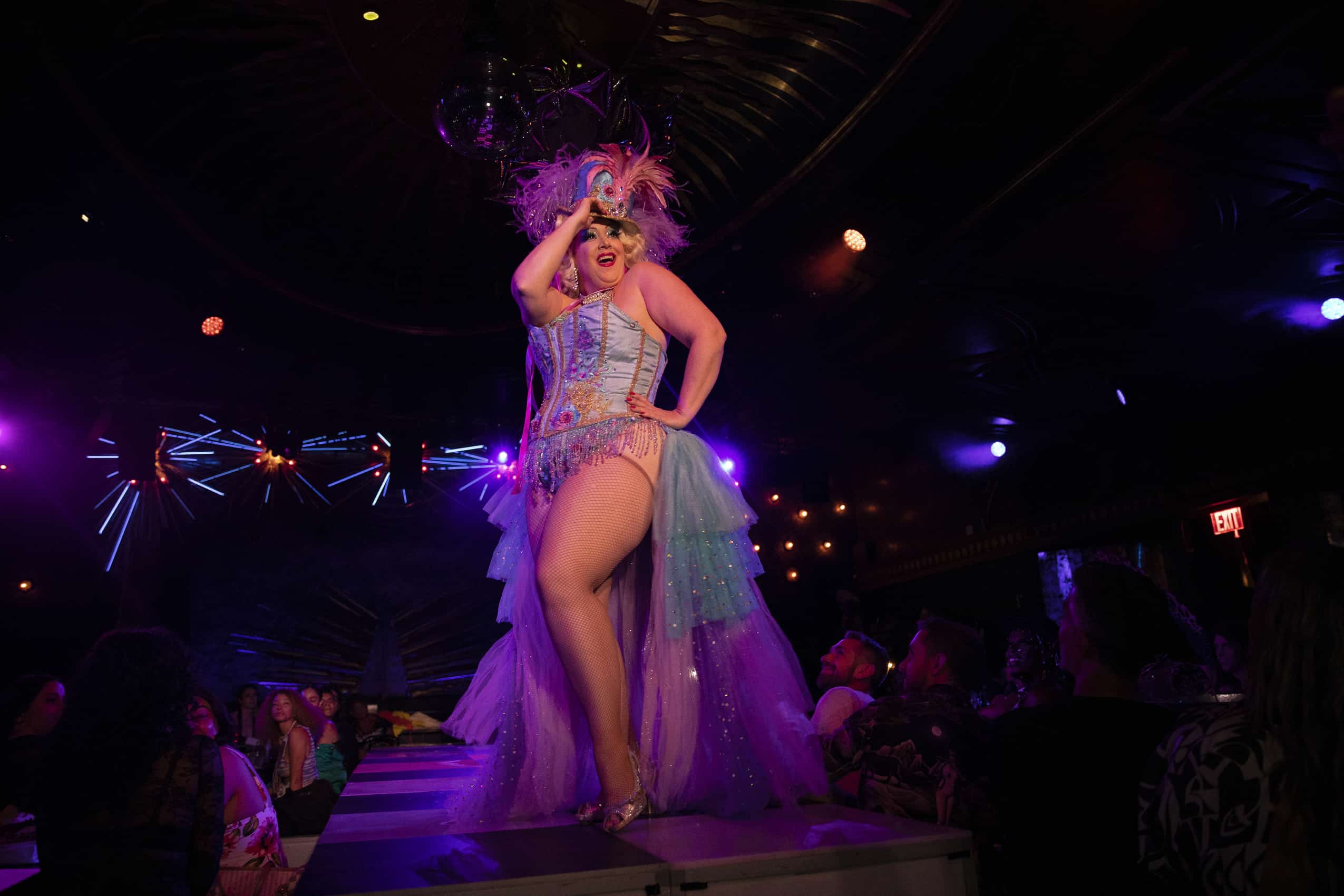 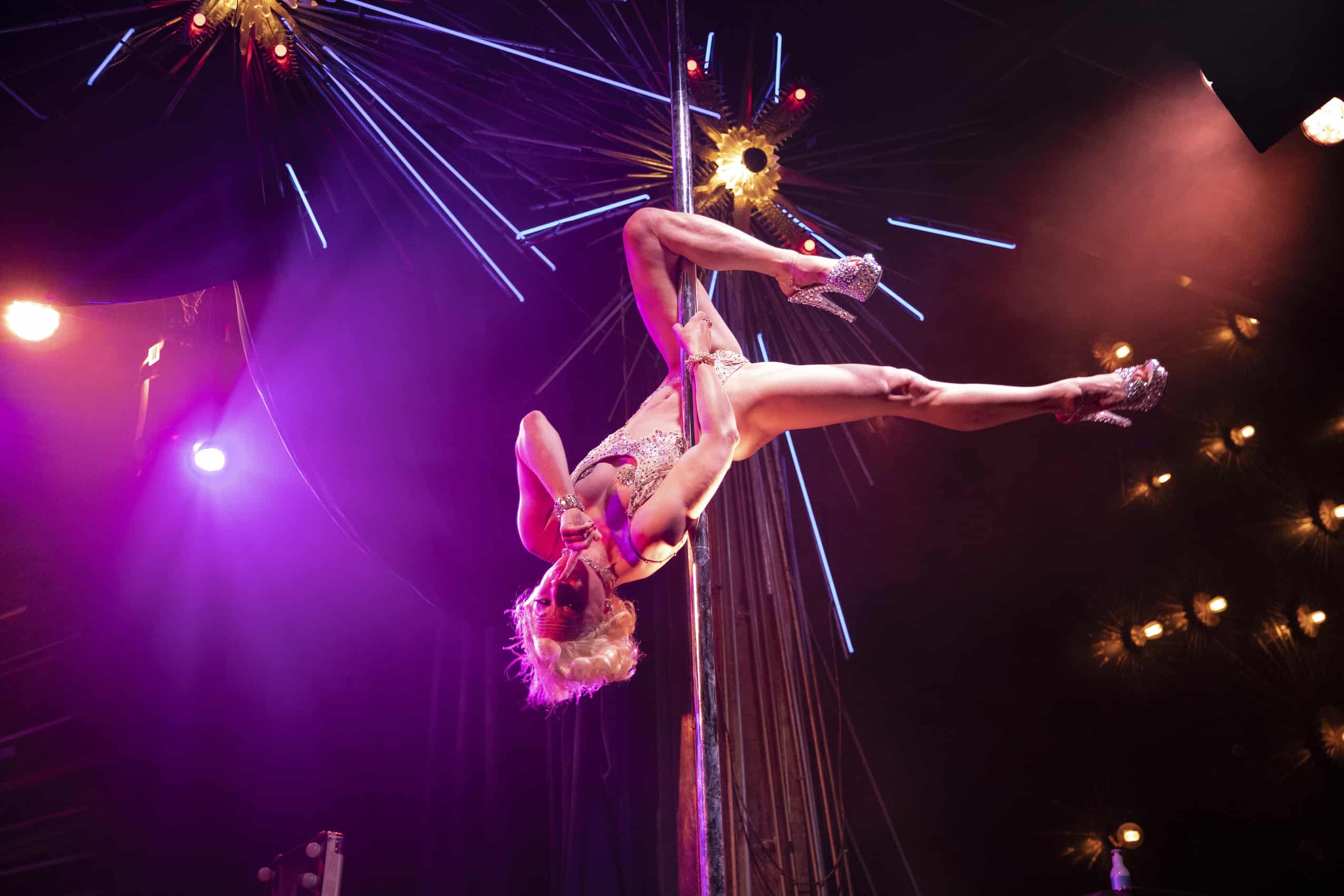 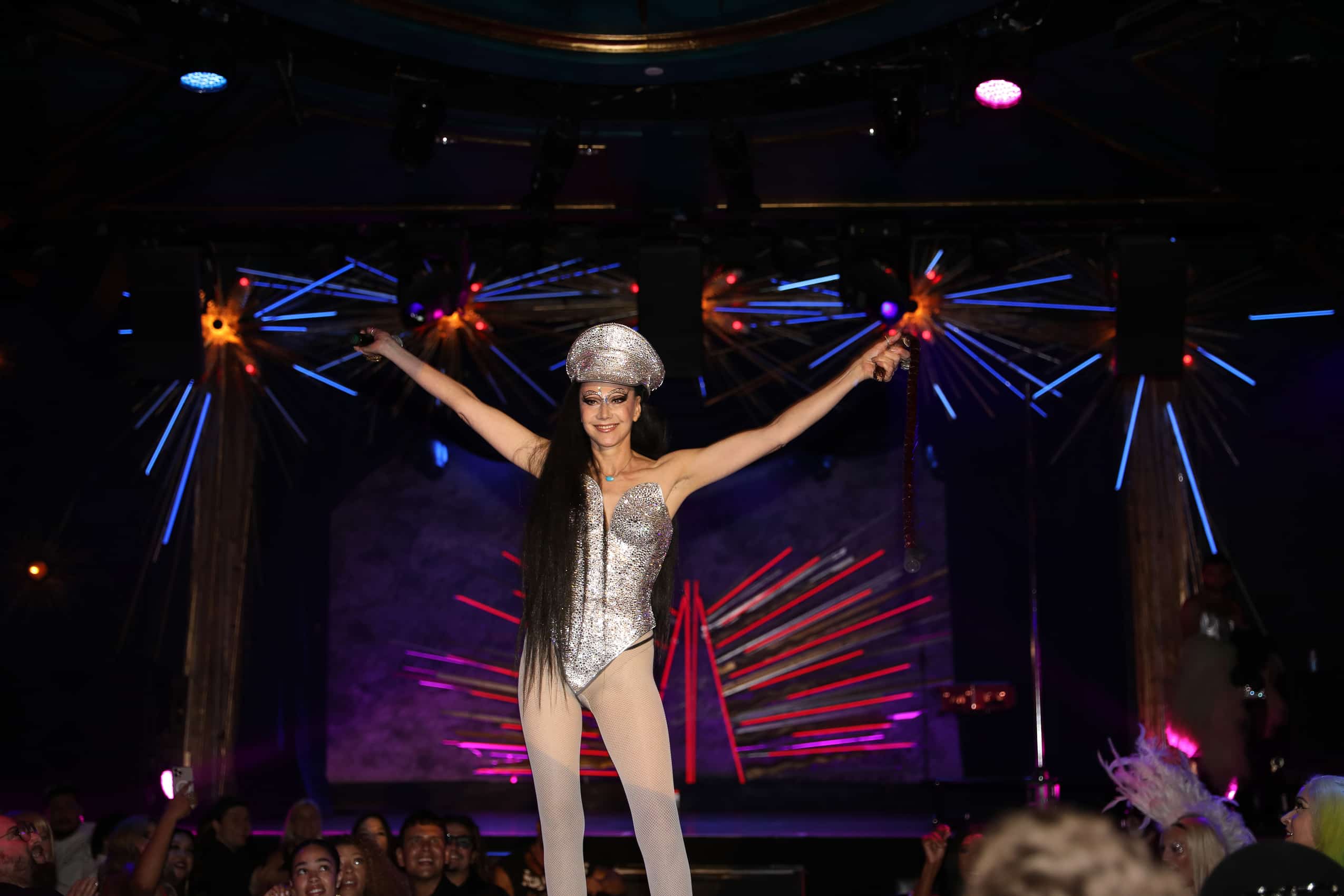 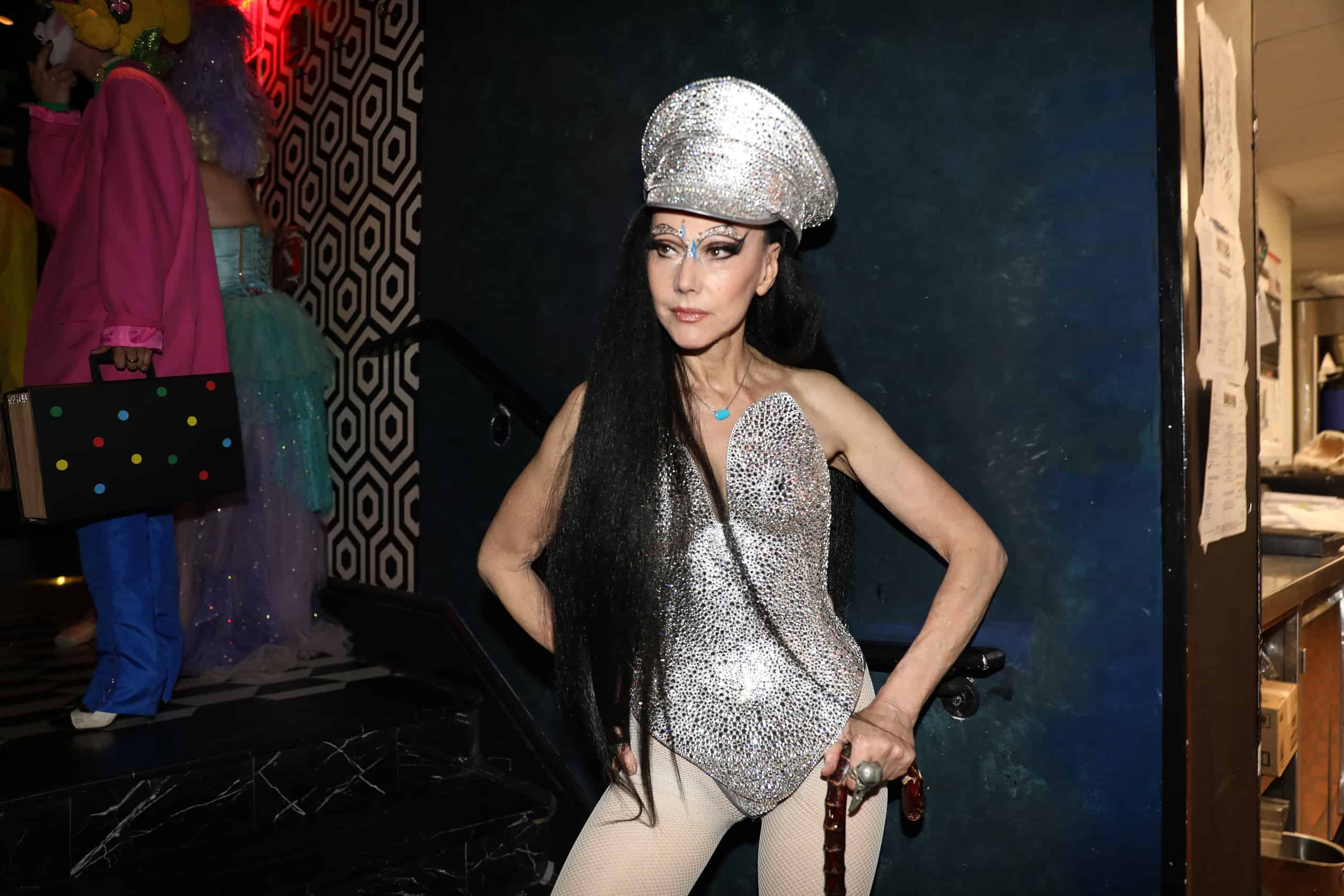 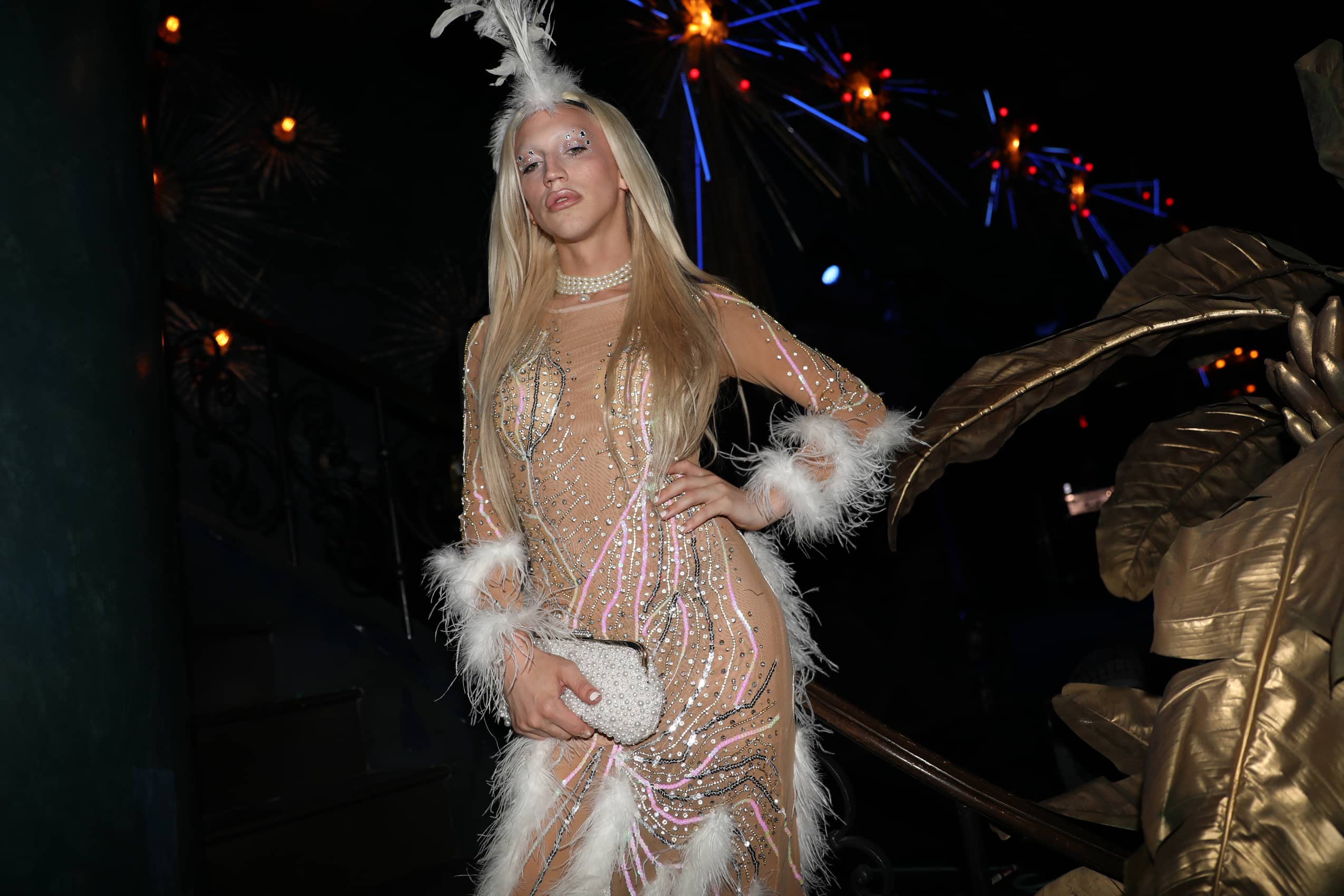 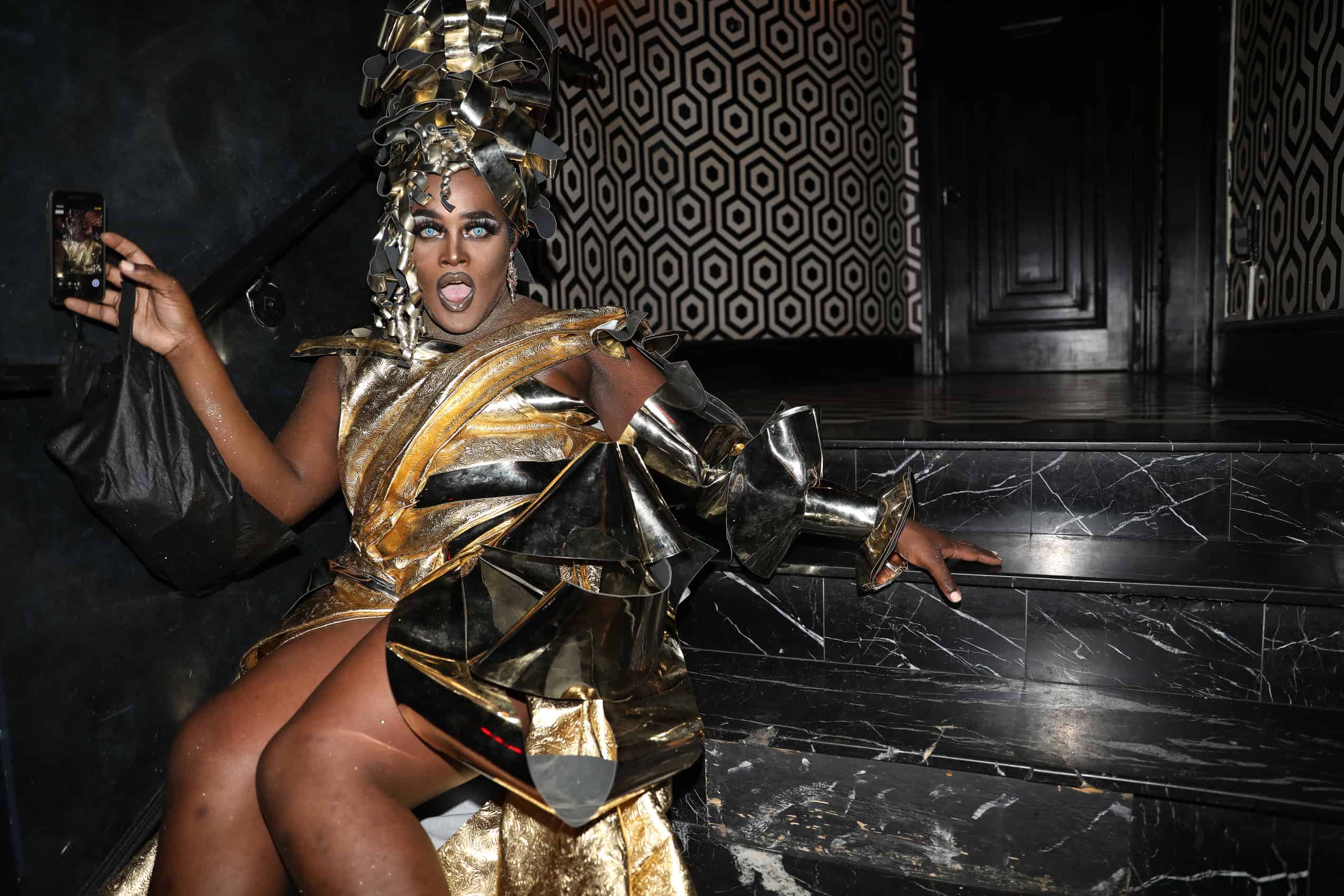 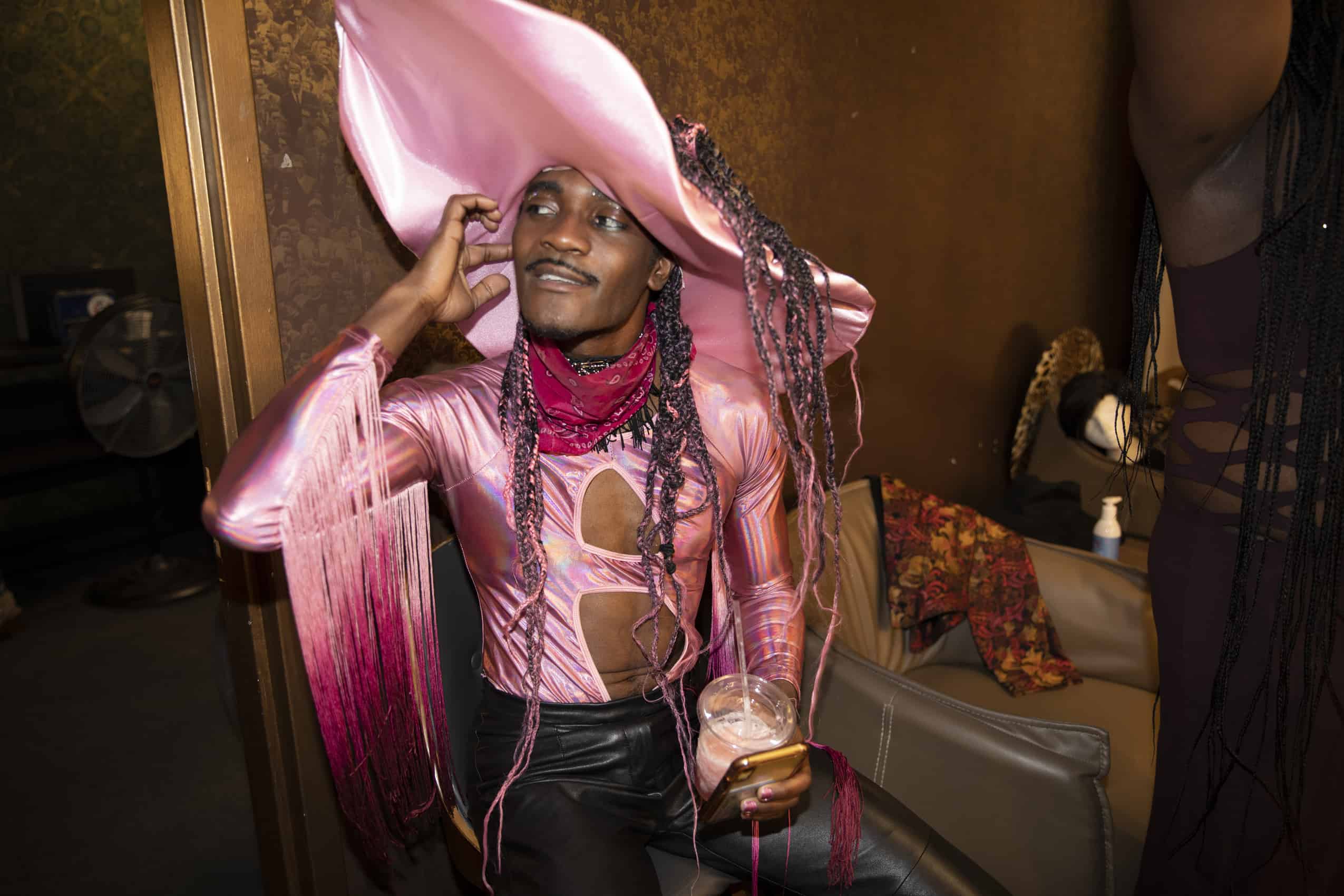 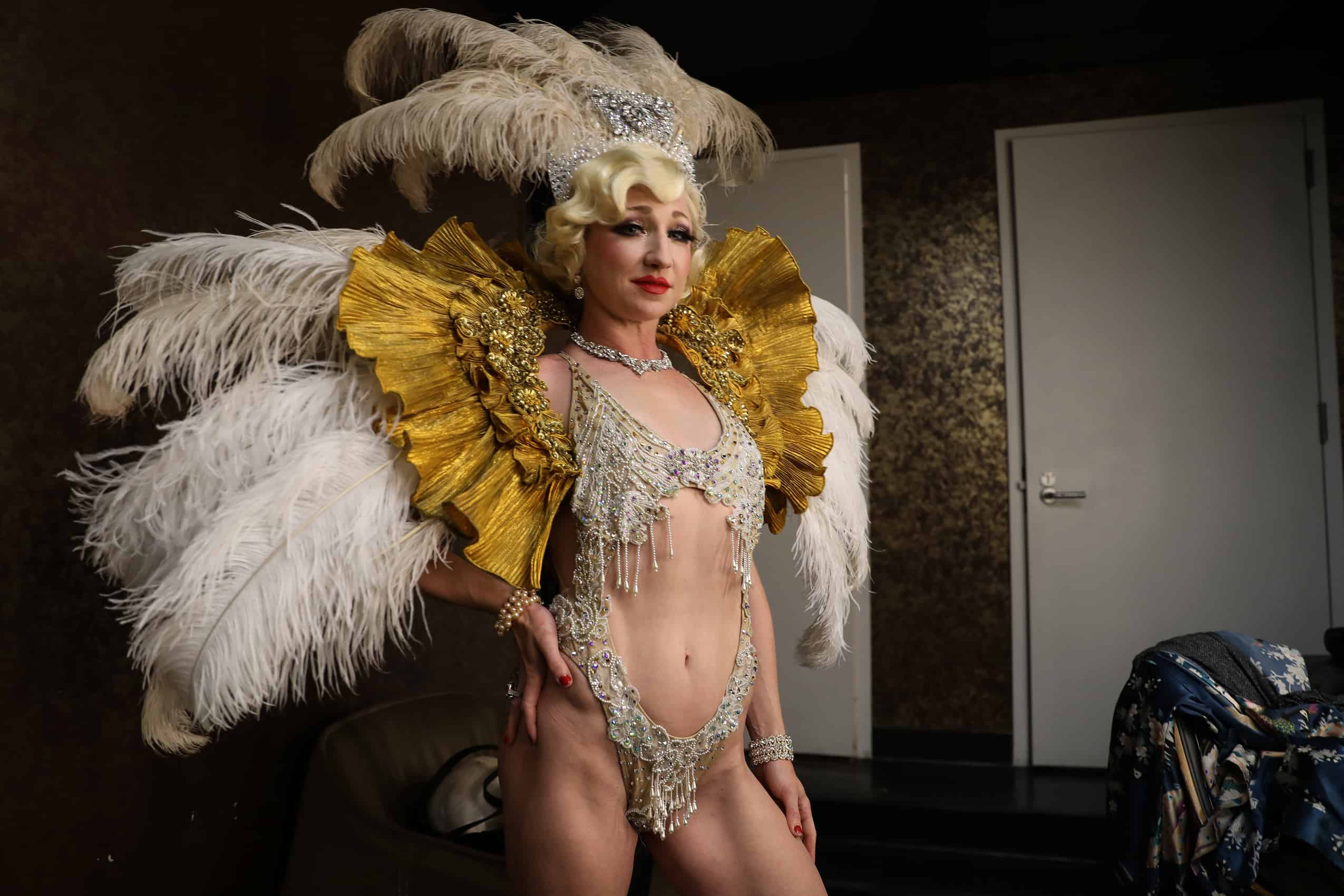 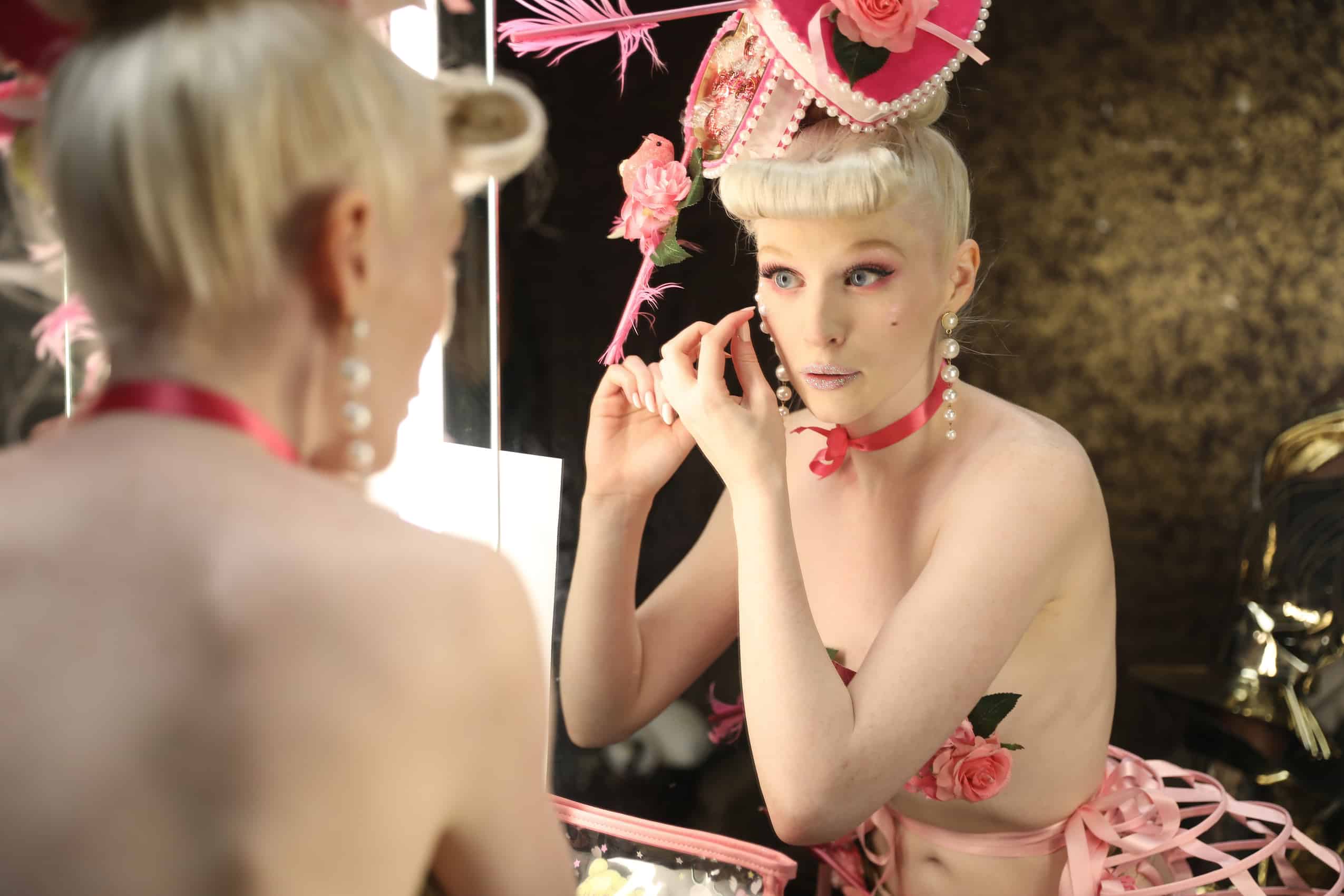 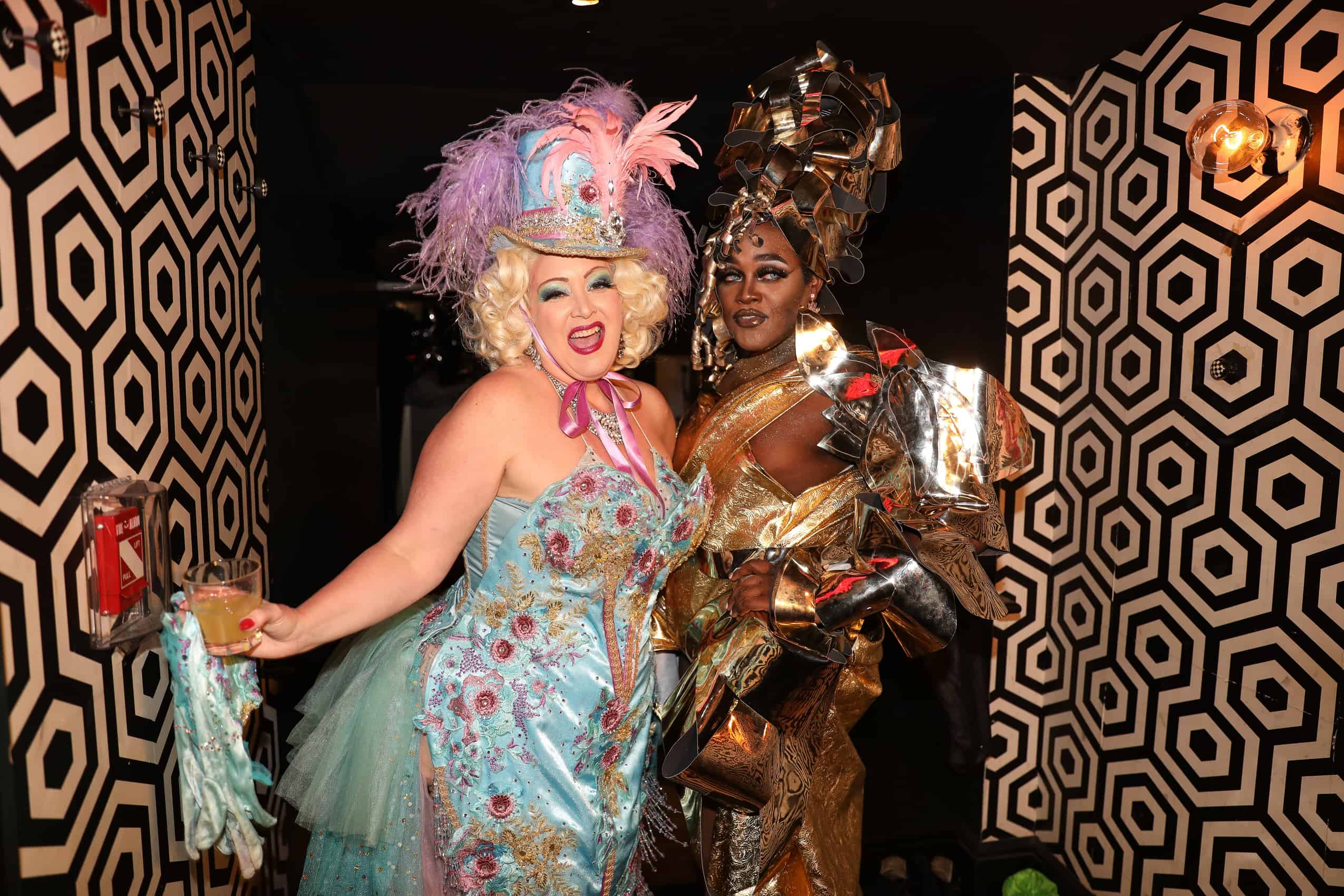 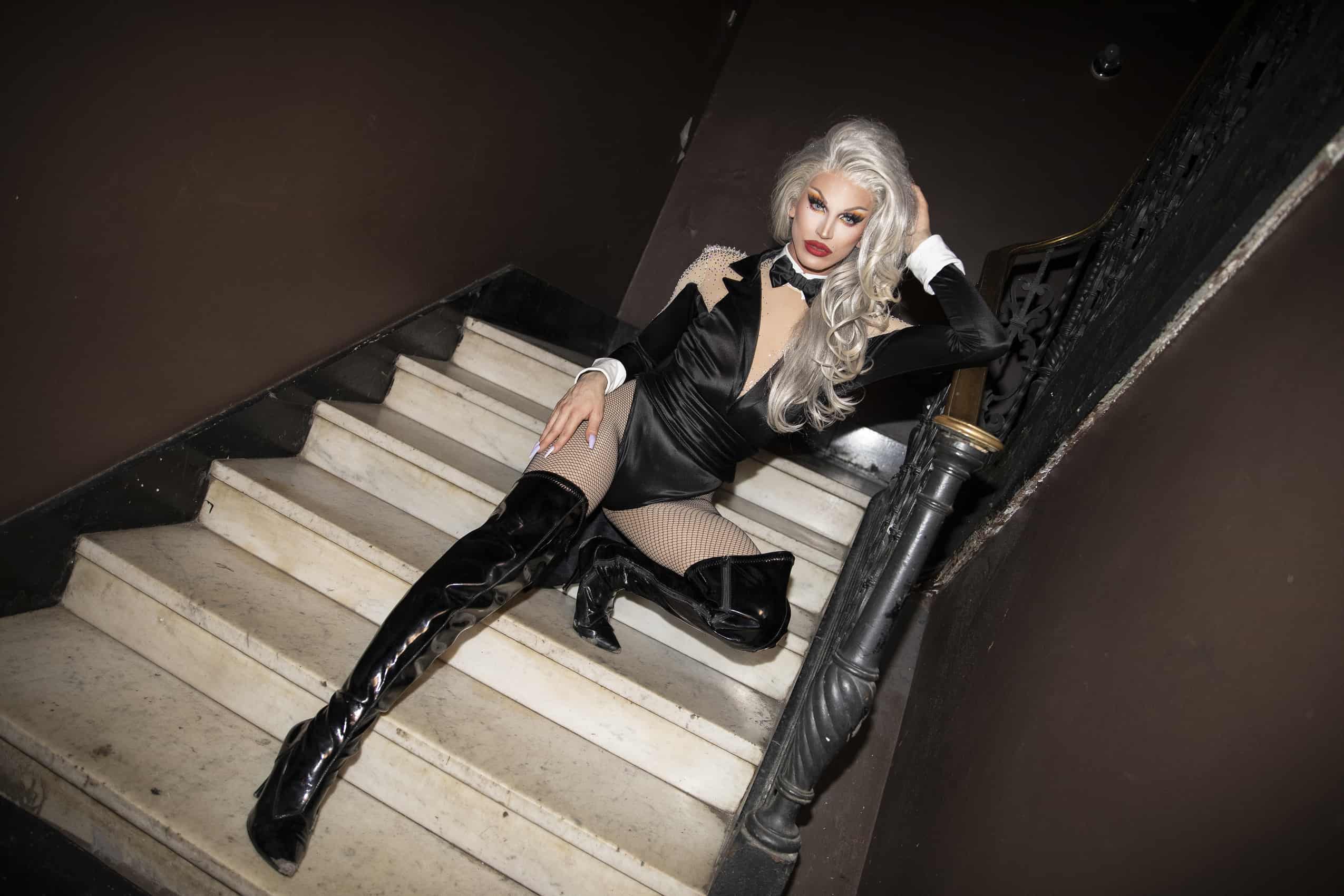 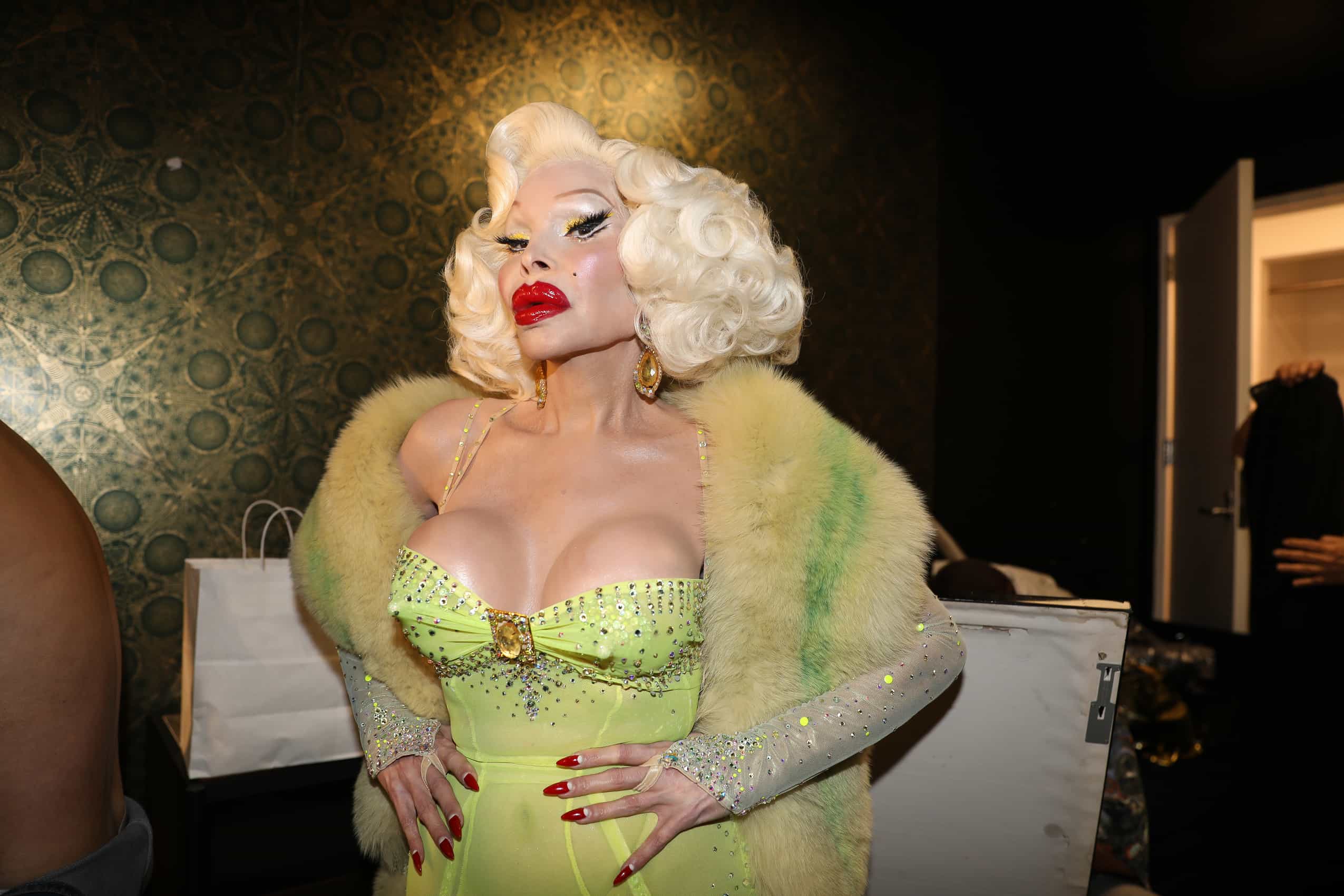