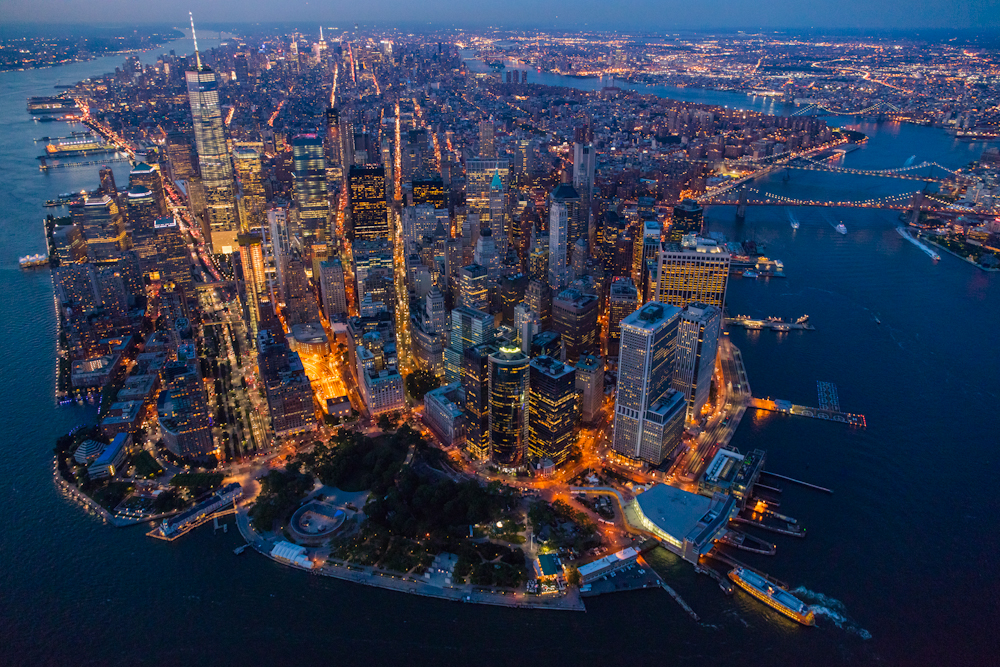 At twilight, Manhattan resembles a vast living organism with ribbons of energy pulsing through its streets and up into its hundred thousand buildings.

New York Air captures the thrilling complexity and romance of 21st-century New York City from above. With its new skyline and waterfront landscape, dazzling contemporary architecture and historic buildings—along with parks and streets and rooftops used for every possible purpose, and the massive infrastructure that keeps it all going, New York Air presents a captivating view of one of the world’s greatest cities from above. Included in the exhibition are such iconic places as Central Park and Times Square, new landmarks such as the High Line and the September 11 Memorial, One World Trade Center, and intriguing sites throughout the five boroughs. Steinmetz records some of the city’s beloved traditions—such as the Rockefeller Center Christmas tree, the New York marathon, and the U.S. Open—but what makes his photographs special is their surprising intimacy capturing New Yorkers going about their daily lives. View the Gallery