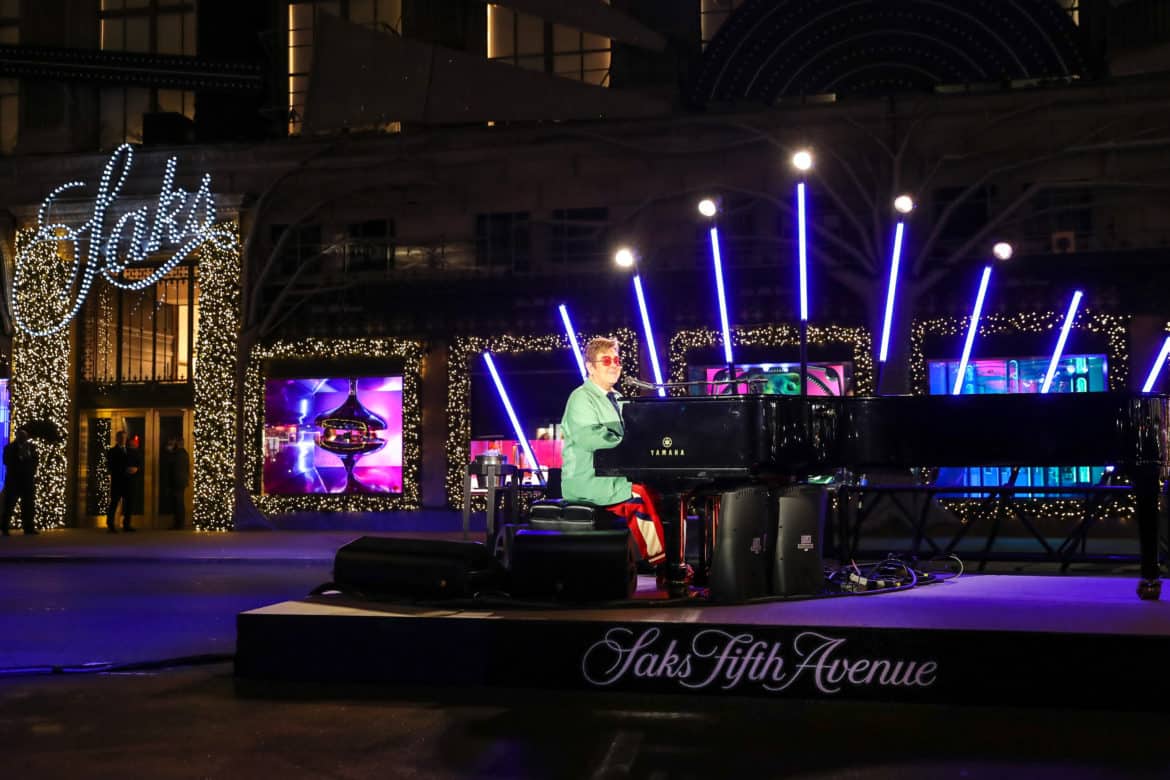 News: The unveiling of Saks Fifth Avenue’s holiday windows somehow manages to get bigger and better every year. After enlisting Michelle Obama to reveal the windows and light show last year, this year they turned to Sir Elton John, who performed “Your Song” on Fifth Avenue last night to mark the moment.

The retailer has partnered with John and donated $1 million to the Elton John AIDS Foundation’s Rocket Fund. The windows are a nod to the legend himself and include rocket ships and kaleidoscopes. The epic light show features a  medley of his classics songs including “Step into Christmas,” “Cold Heart,” “Your Song,” and “Merry Christmas.” 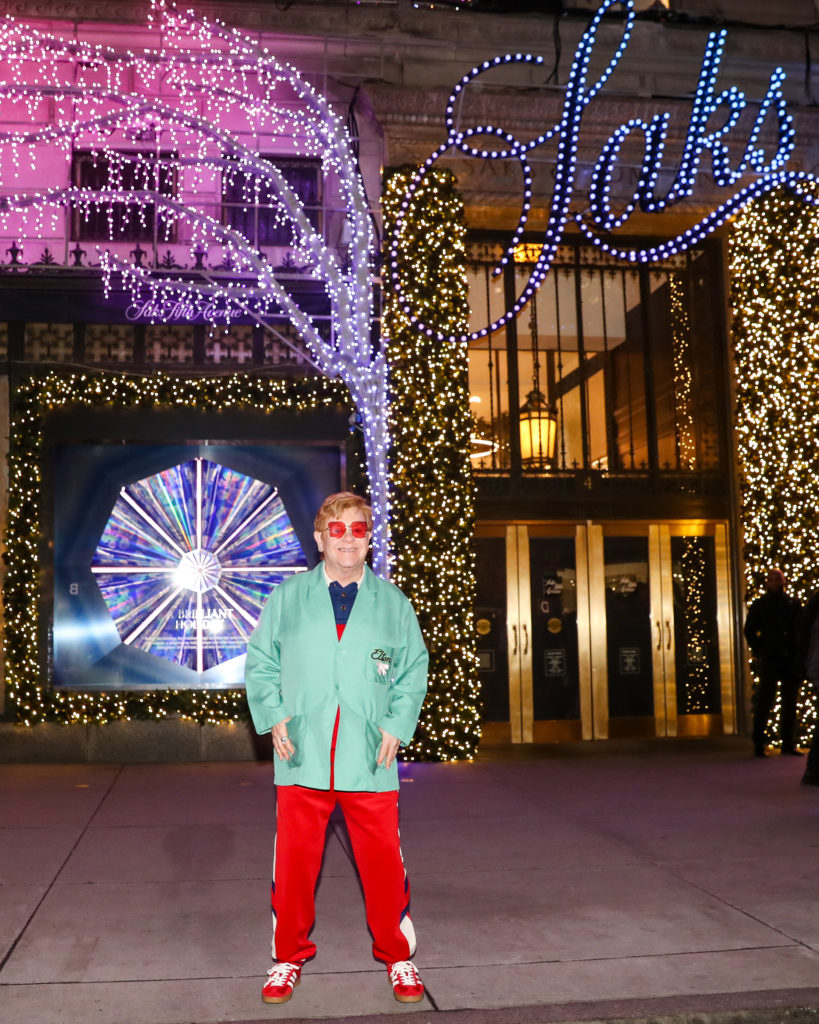 Saks’ $1 million donation to the Elton John AIDS Foundation’s Rocket Fund includes $500,000 of proceeds from a multi-vendor merchandise collection, regardless of sales. The collection was co-curated by Saks and John and features products across all categories including women’s and men’s ready-to-wear, accessories, kids, beauty, and home. The looks will also be showcased in three windows on 50th Street. 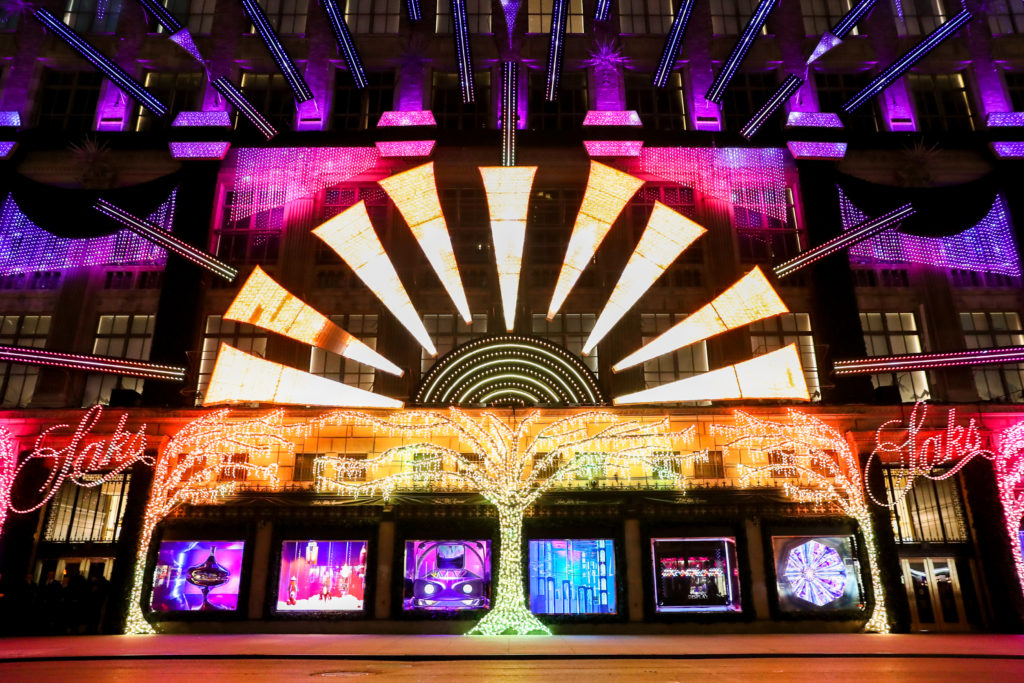 The partnership will continue through the season: John’s partner David Furnish shared a conversation on Saks Live on November 29 with Donatella Versace and moderate a chat on December 6 with Alessandro Michele of Gucci and John.

“I’m excited to collaborate with an iconic brand like Saks that is going the extra mile to make this world a brighter, more accepting place this holiday season and beyond,” says John in a statment. “While it’s the happiest time of the year for many, we mustn’t forget about the billions of people around the world for whom safety, respect, and dignity are not guaranteed. Saks’ generous support of the Elton John AIDS Foundation’s Rocket Fund will help fuel our programs to bring an end to the stigma and discrimination that prevent so many people from accessing compassionate and life-saving HIV care.” 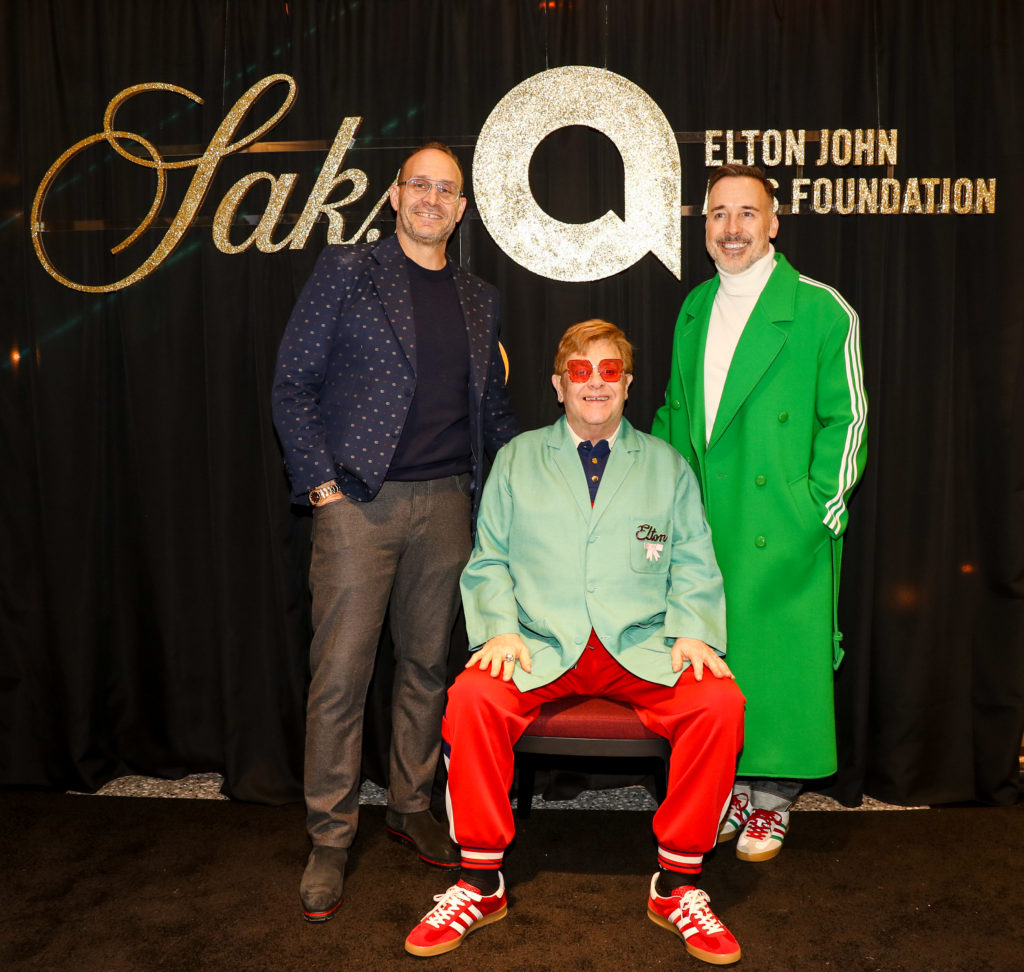 You can catch the windows and light show from now through January 3. We guarantee, it’s not to be missed!